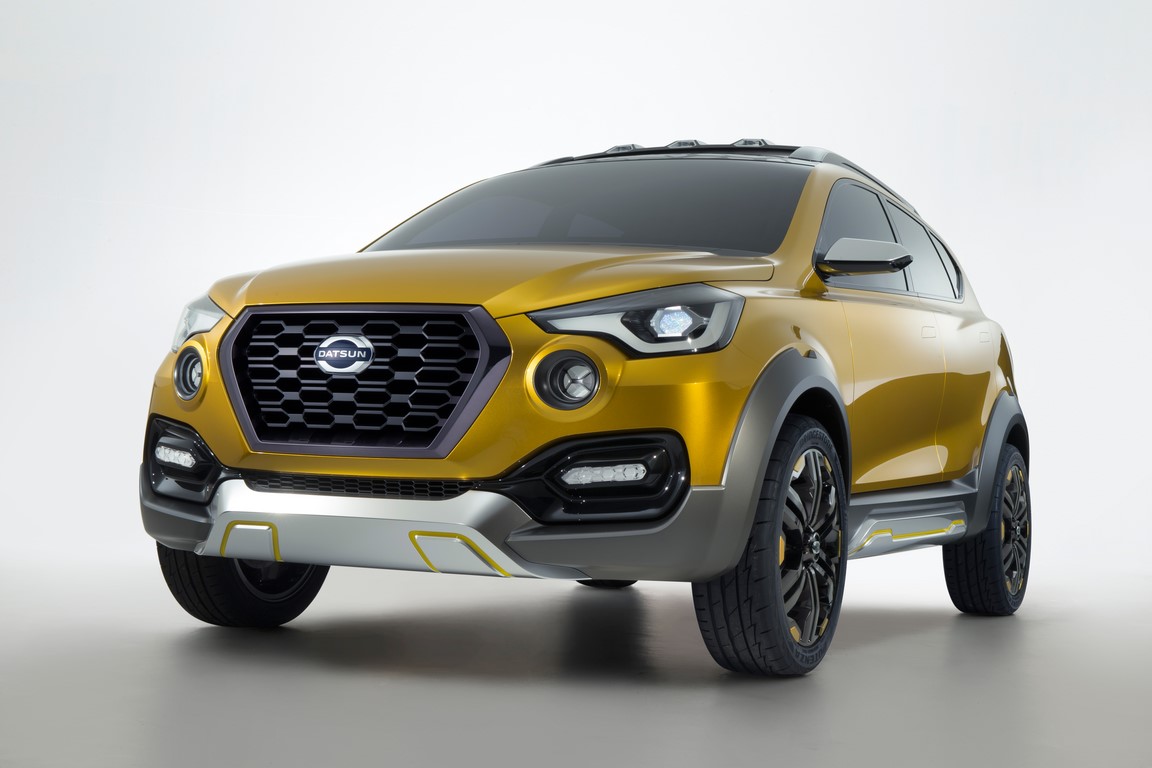 Datsun, Nissan’s low cost arm has officially confirmed the Indian premier of Go Cross at the Auto Expo next month. Unveiled for the first time at the Tokyo Motor show in October, Go Cross can be assumed to be the precursor of Go and Go+ family in the future.

The car features some serious design changes from its hatchback origins and looks worthy to be called a crossover and if Etios Cross is promoted as a crossover, this could very well be a muscular SUV! The skid plates, side cladding and overhead roof rails give it an intimidating look. The large grille LED studded head lamps and twin fog lamp setup add to the glam factor. Possibly a 5 seater, Datsun may also extend it to 7 (5+2) seats, giving it a similar treatment which they gave to the Go+. 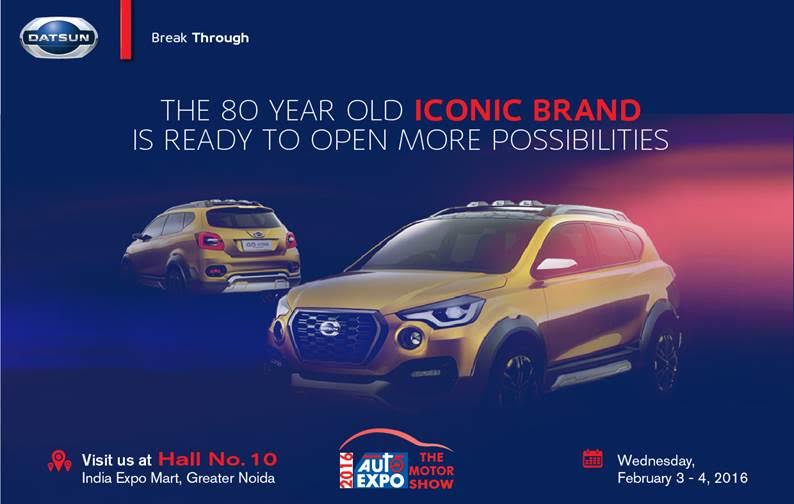 Datsun will also introduce a new hatchback based on the RediGo concept showcased at the last Auto Expo. The production ready version spied on the streets sports similar design cues as seen in the concept. This new car will be based on the CMF-A platform, which is also the base of the Renault Kwid. 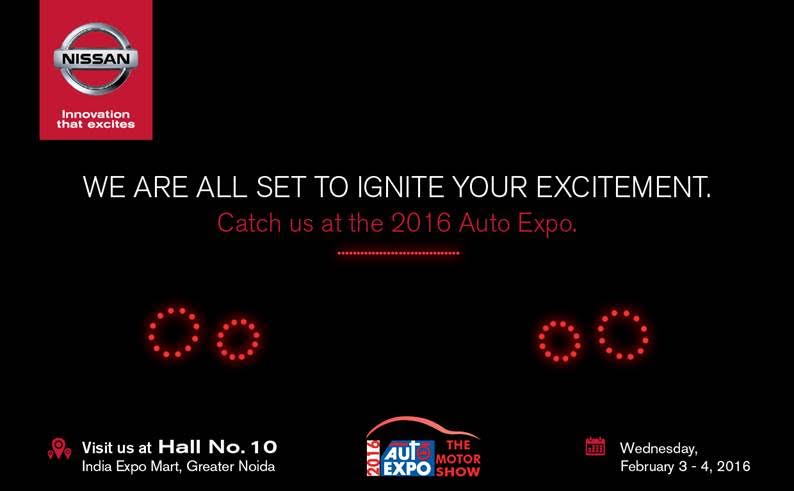 Datsun’s parent company Nissan, on the other hand, has started teasing the iconic GTR. The legendary sports car is expected to be launched/unveiled at the upcoming Expo as a CBU. So, are you guys ready for the Godzilla?