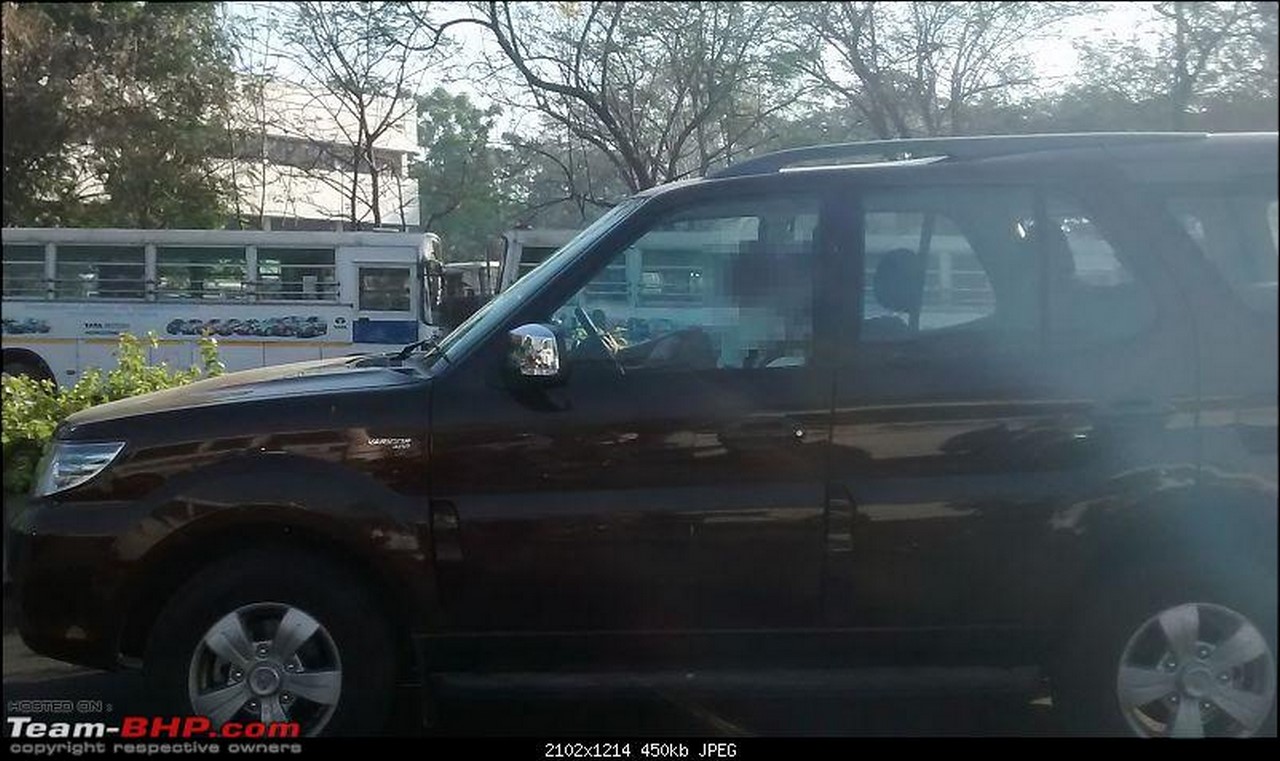 Tata Motors has been quiet about the Safari Storme facelift for a long time now. There have been speculations of Tata tweaking the engine on the facelift and a new spy shot confirms that the Pune based manufacturer is indeed testing one with a more torquey engine.

Notice the side fender in the following spy pic, taken from Team BHP. There is a clear Varicor 400 logo, which signifies that this test mule is running with the higher powered version of the existing diesel engine. 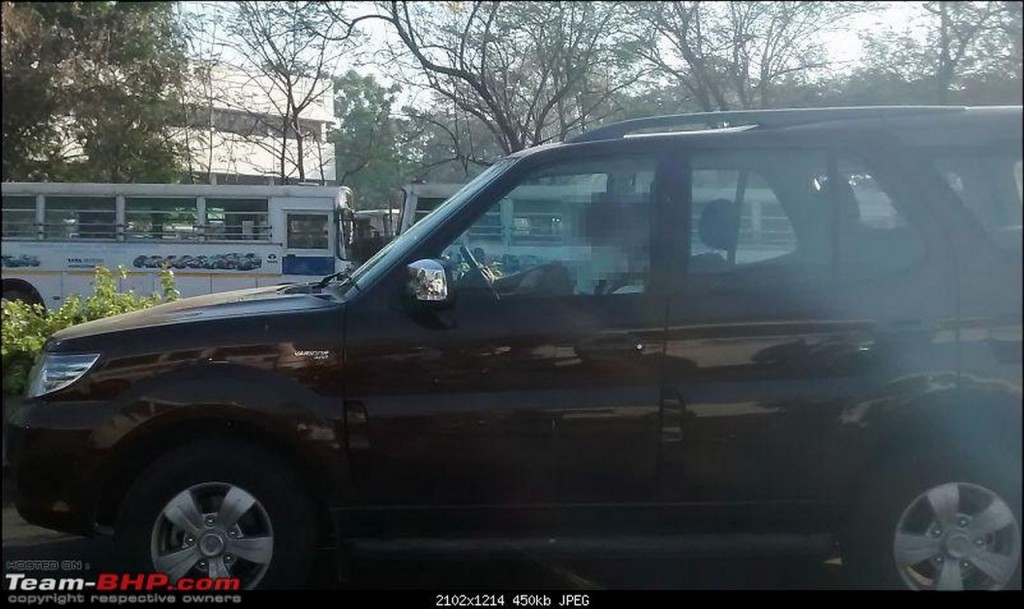 The 2.2 litre VARICOR engine, apart from producing 400Nm of torque, is expected to churn out a higher power output as well, possibly upto 160PS. For quick reference, the current Safari Storme produces 140ps of power and 320Nm of torque. There are also unconfirmed rumours of a possible automatic variant as well. 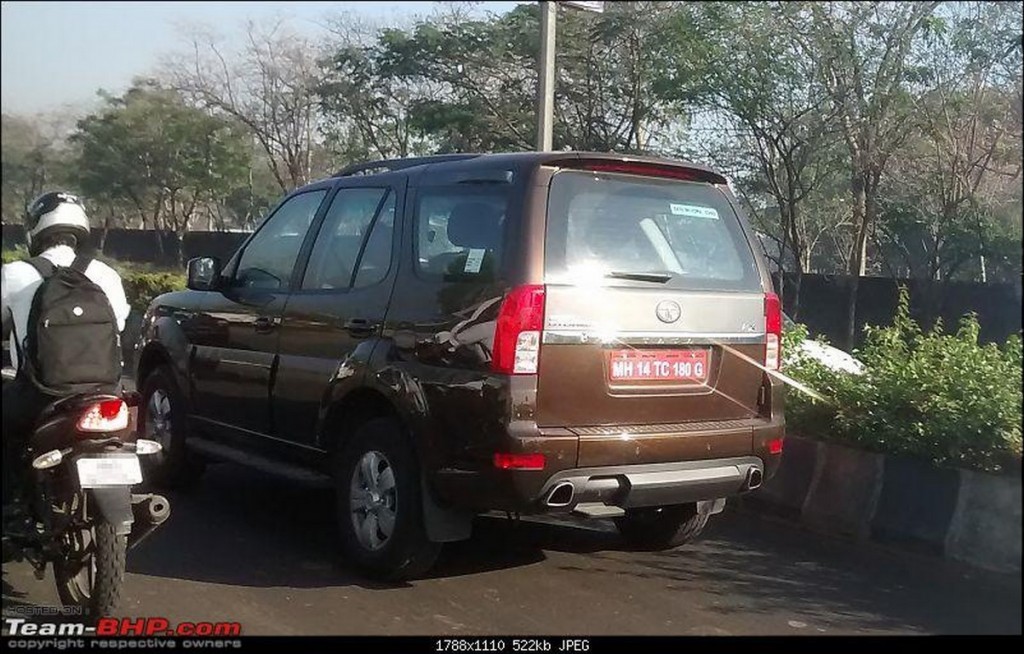 From the spy pics we have seen earlier, there will be minor exterior cosmetic enhancements to the SUV apart from refreshments and some feature additions to the interiors.

While the first generation Tata Safari attained cult status among SUV lovers (during its time), the new Storme has not really been able to live upto the set paradigm. In fact a few dealerships we spoke to said that customers still buy old Safari without taking a test drive but for the new one they need sureshot test drives and it is difficult to convince them. Let us see if the new updated Safari Storme will be able to turn around fortunes…