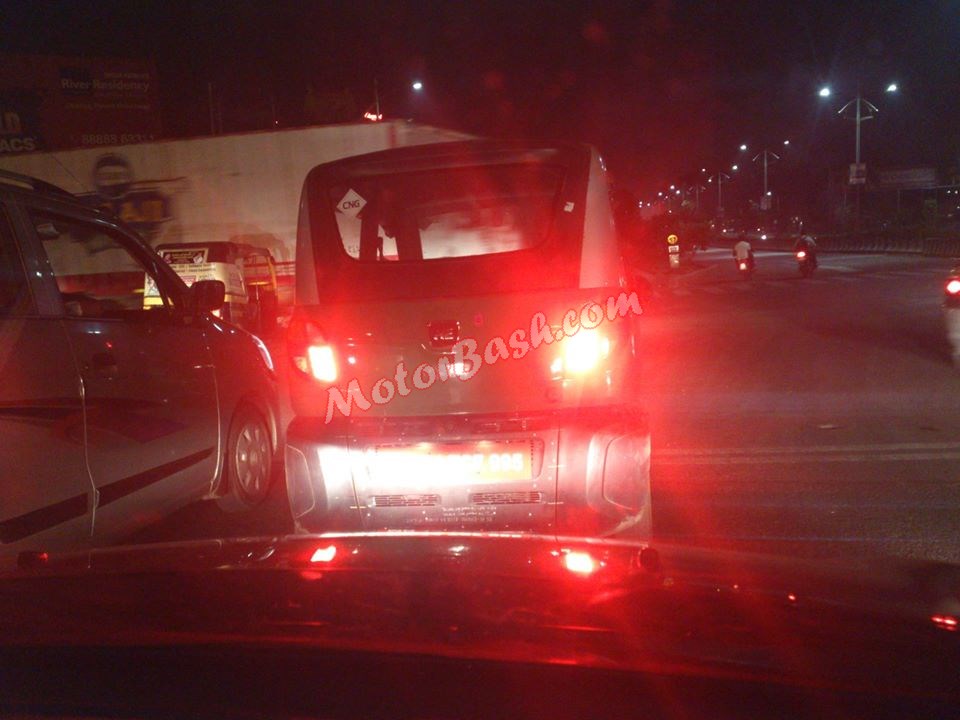 After a period of relative lull when it had vanished from public eye, the Bajaj RE60 has been spied again by one of our readers Asit in Pune.

Interestingly, one of the first ever spotting of CNG powered Bajaj RE60 mule was shared by us back in October last year clearing that Bajaj is indeed working on alternate fuel options as well.

Unfortunately, it is quite dark and we can’t make out the details of the test vehicle to analyse any changes, if any. But the ‘CNG’ sticker at the rear is clearly visible.

The RE60 belongs to a new class of vehicles known as Quadricycles which were recently passed by the government. These people carriers have to have 4 wheels, hard top shell, doors, wipers and a place for 4.

Quadricycles have been in the eye of the storm ever since the term was coined. A few companies have been proactive in this segment whereas some others have accused the government of not creating a level playing field. Other than Bajaj, TVS, Mahindra, Polaris have shown some intent of venturing into this segment.

RE60 is powered by a 200cc DTS-i engine, though Bajaj is yet to announce the power and torque outputs. Bajaj says that the quadricycle weighs 450kg and has a fuel efficiency of 35+ km/l. The top-speed is claimed to be 70km/h while the carbon dioxide emissions are rated at 60g/km. These specs are for the petrol version and we are still awaiting any official words/specs of the CNG powered RE60.

Launch of RE60 should be around the corner. It is being said that quadricycles are the answer to our rickety urban transport system consisting of autorickshaws. Do you feel they will be able to make an impact?