If we talk in absolute terms, the direct rival of Brezza is neither the TUV300 nor the upcoming NuvoSport since both of them are ladder frame SUVs. The monocoque EcoSport is what Maruti has in sights and Ford very well understands that.

EcoSport was the pioneer of the sub 4 metre compact SUV segment. It enjoyed a monopoly for a long time and taking advantage of that they increased the prices by as much as upto 2 Lakhs (approx) on some variants within two and a half years!

And as it always happens, it look a Brezza to let Ford know that nothing is invincible! The Americans officially announced yesterday a massive slash on their complete lineup upto a tune of Rs 1.12 Lakhs! (New vs Old Prices here). So, how does it stack up against the new Brezza… let us take a look… 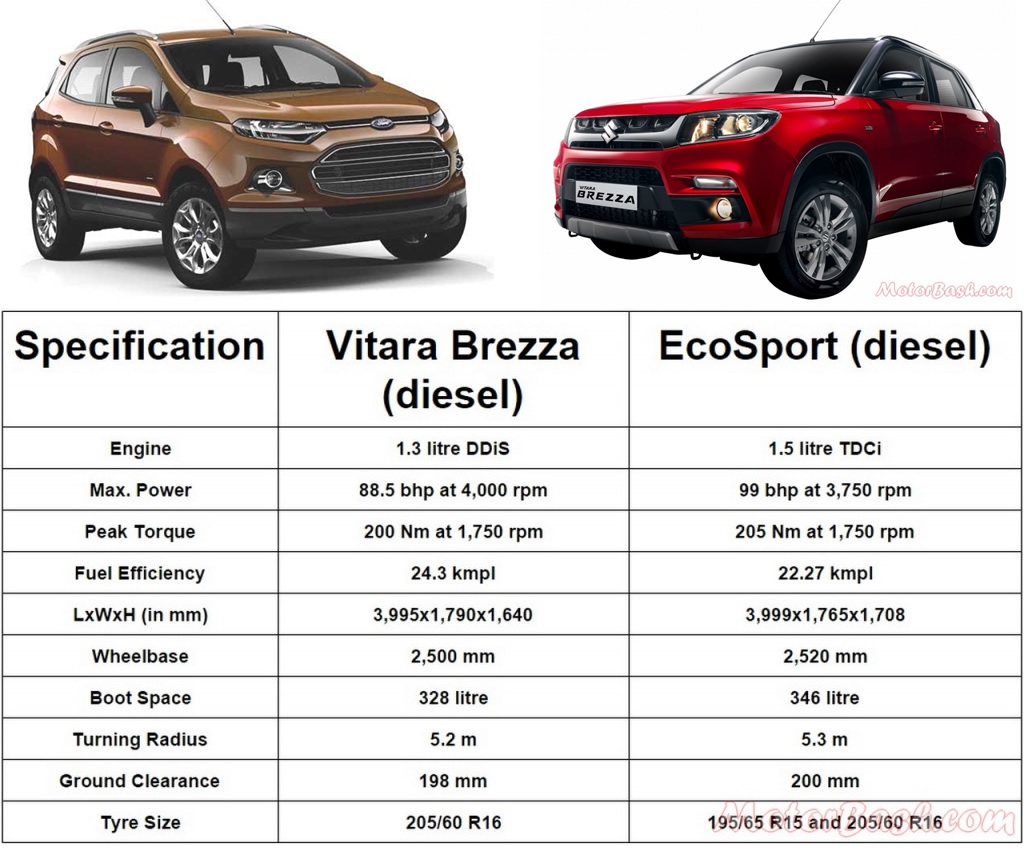 In terms of safety, Brezza gets driver airbags standard in all variants. Passenger side airbags, ABS and EBD are optional in all variants. Ford, on the other hand offers ABS and EBD in all variants except the entry trim. Airbags, however, are available only from the second mid trim. The top of the line EcoSport, however, gets a total of 6 airbags including side and curtain airbags. 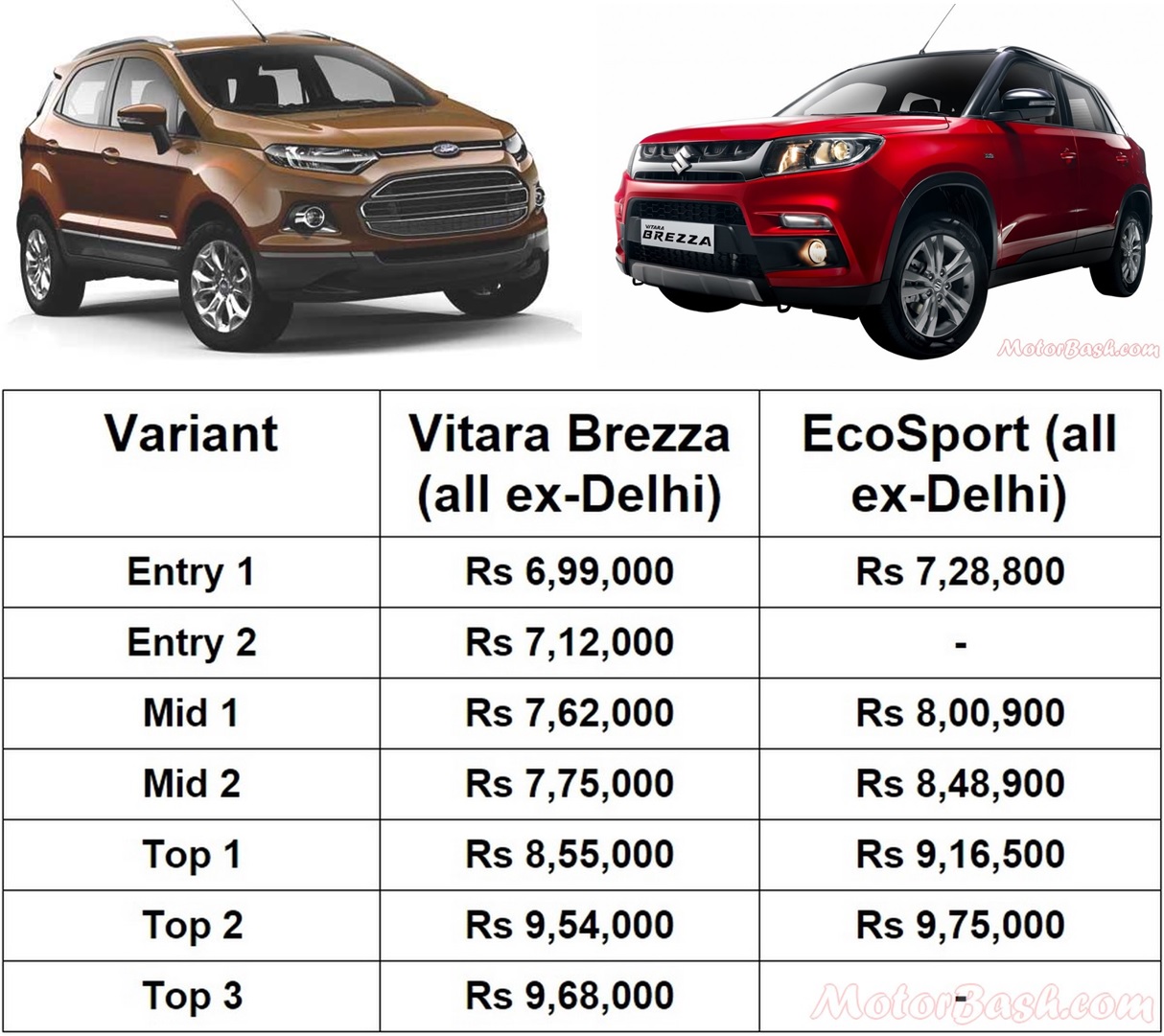 The EcoSport despite the price cut is more expensive than the Vitara Brezza. However, there is a big possibility that with time Maruti will increase its prices. Moreover, Brezza is also being readied with petrol engines.

Let us hope Maruti offers it with the 1.0 Liter Boosterjet motor which will compete with the EcoBoost equipped EcoSport. So which one are you buying out of these two then?