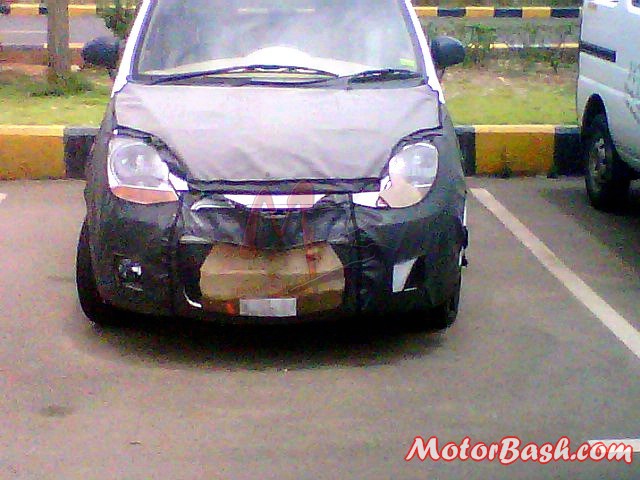 IndianAutosBlog has reported that Chevrolet would be launching the Spark facelift on October 15th in India. However, there is no official confirmation about it yet.

Chevy is on a model launching spree and has already launched the Tavero Neo 3, New Captiva, New more powerful Cruze in India and has the following cars in pipeline.

Now, we have already cleared that Beat facelift is not coming this year. That leaves us with the remaining four cars. Out of these there are possibilities that Sail sedan might or might not come before Diwali but all the remaining are coming in for sure.

The first one to come from now is the Spark facelift followed by Sail U-VA which is also expected to be launched in October.

The pictures you see here are the first and only pictures on the web which reveal frontal design of Spark facelift.

And this is where we deduce that the new Spark would be based on the Spark EV displayed at 2010 Auto Expo. We have already listed the changes in the new Spark facelift here. 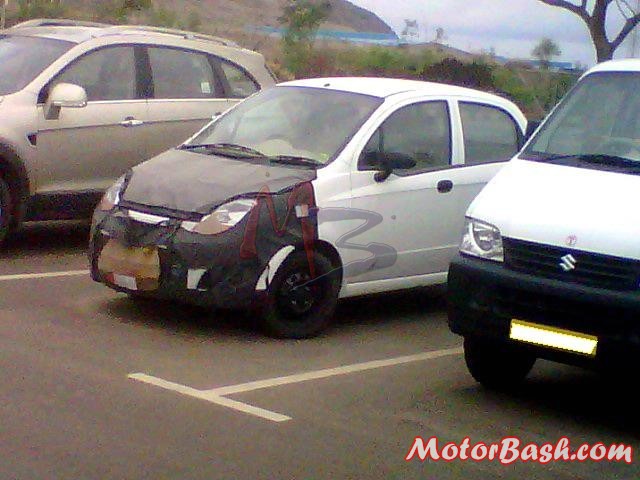 The more important bit here is that the date almost coincides with 16th October launch date of Maruti’s Alto 800. Now, is this a business ploy or a mere coincidence we are unsure but we expect both the manufacturers to provide better and refreshed products to the consumers.