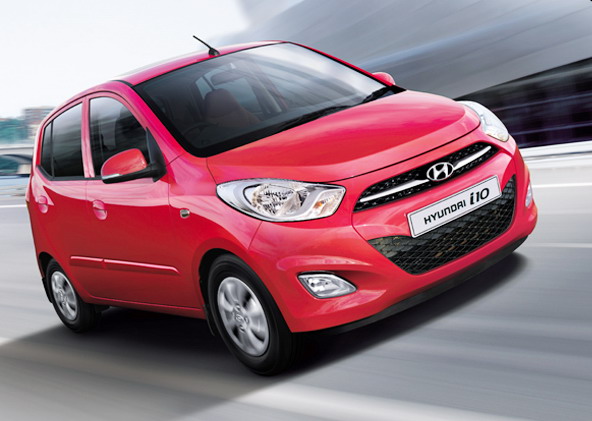 With the recent diesel price hike the single biggest confusion these days for people is the choice of fuel to opt for. Its really a scratching question whether getting a diesel car will be more feasible or running a car on CNG makes more sense? This is simply because of the fact that CNG powered cars are at least Rs 50,000 – 70,000 cheaper than comparable diesel cars.

To capitalize on this dilemma, Hyundai India has launched CNG variants of their low end popular car models like Santro, i10 and Accent. As a matter of fact, cars running on CNG, are a lot cheaper than the corresponding petrol variants.

Existing Hyundai petrol Car owners can also get their cars fitted with the CNG kits at the authorized dealers with an expense of Rs.  56,000. But in order to get that done, a car must be less than a year old and an odometer reading of less than 12,000 Kilometers. If you get it done from a Hyundai, the warranty policy of your car will not be affected. A new customer can also specify if the new car should be fitted with the CNG kit or not.

But just like every other thing, this CNG kit has also its own disadvantages. Cars fitted with this kit will have a very low boot space. Installing this kit also makes the car heavier by 80 Kilograms. But the CNG tank can store up to 60 Liters of gas. There is also a definite loss in performance when the car is running on CNG as compared to the original fuel -Petrol.

By providing dual fuel option, Hyundai has really taken a good step in order to boost the sales of their already-favorite cars in India! They already have LPG variants of Santro, Accent, i10 etc.

Meanwhile, Hyundai has started testing their next generation i10 in India and you can click here to view its test mules glimpses.