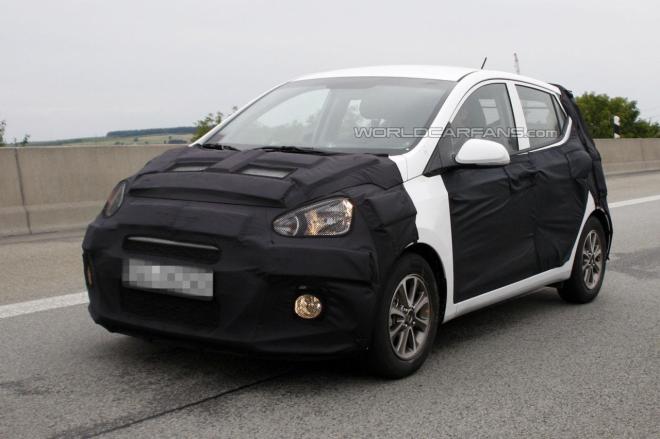 WorldCarFans has published the first spy shots of next gen 2014 Hyundai i10 which was caught completely under wraps. There could not be much made out from the spy pics, however, there are a few inferences which we could draw from them.

The bumper seems to be a little wider with a bigger air intake. The headlights also appear to be bigger and sweeptback. There has been a long term speculation about a diesel motor making it to i10 and there is a huge possibility that this new generation i10 should be offering a small diesel engine. Hyundai is expected to launch the new gen i10 sometime next year. 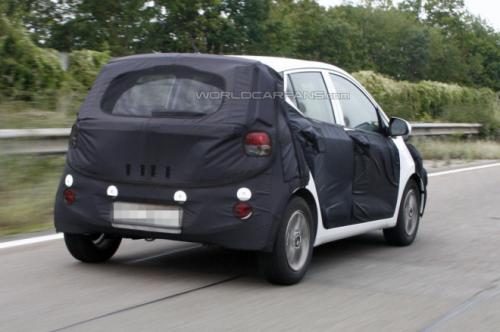