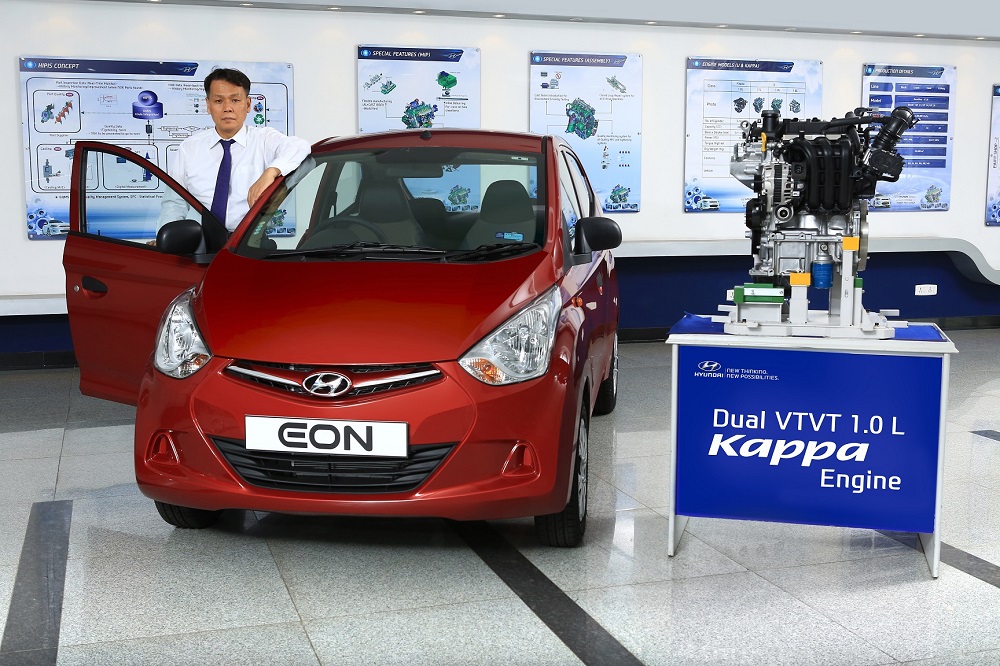 It has already been talked about earlier a couple of times, it has reached the dealerships and in an official press release, Hyundai has informed us about its launch and prices. Yes, we are talking about the new Eon 1L.

Hyundai has officially introduced the 1.0L kappa engine for its entry level small car Eon. The new engine with dual VTVT, produces 69PS of power @6200rpm and 94.14Nm of peak torque @3500rpm. This extra amount of power and torque will help in faster acceleration and will also reduce the number of gear shifts in tedious city driving condition.

The company also claims an efficiency figure of 20.3kmpl (ARAI certified). The transmission duties are performed by the five speed manual gearbox.

The Eon with the addition of this bigger heart will be better equipped to face the competition which has intensified in the name of Datsun Go. In an exclusive scoop, we have busted a few days back that Maruti is also testing its comprehensively facelifted new Alto K10 which will is expected to be launched sometime in the second half of this year.

Rest of the car (Eon) remains pretty much the same as the previous version (which will obviously continue to be sold). The car can be differentiated externally by the ‘Kappa’ badge on the right side fender and the ‘1.0’ badge on the boot lid. The engine cover also gets a ‘K 1.0’ badge.

Eon 1.0L is available only in the Magna+ variant in India for now. But we believe, Hyundai will introduce more variants soon. Here is the price…

How will this impact Datsun Go, Alto K10 and Eon 800cc remains to be seen but at the upfront, this looks like a nice little master-stroke from Hyundai..!