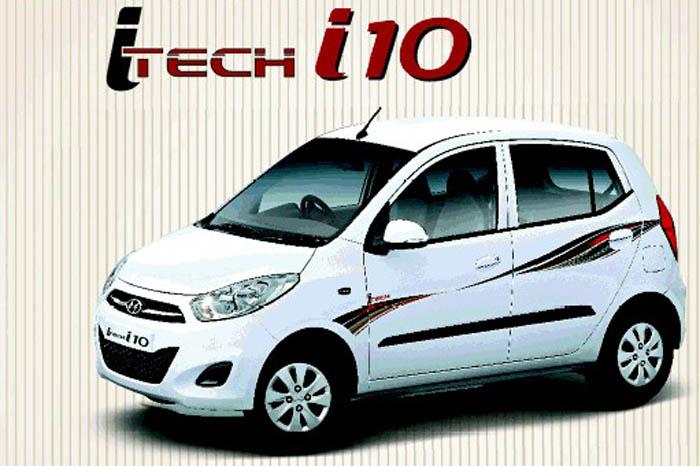 In India, the i10 was the first car from Hyundai that was a massive hit in the volume segment and helped the company to gain increased sales figures.

Now that they have sold more than 12 Lakh units of the car worldwide, the company is all set to present a special edition of the i10, called the ‘iTech‘ i10, in order to celebrate the milestone.

Let’s point out the ‘special’ features of the ‘iTech‘ i10:

However, this special edition of the car doesn’t come with any exterior styling changes except for the body graphics. Also, everything under the hood remains the same. The Special Editions will be available only in Era 1.1 and Magna 1.2 Trims.

Hyundai is yet to announce the prices of the iTech i10; nevertheless expect an add-on of up to Rs. 50,000 on the existing prices. Expect this car to hit the dealerships in a couple of weeks.

Hyundai is also planning an i10-based compact sedan to take on the Maruti Suzuki Swift DZire and the upcoming Honda Brio Amaze.

Also Read: Next Gen i10 Caught Testing in Chennai