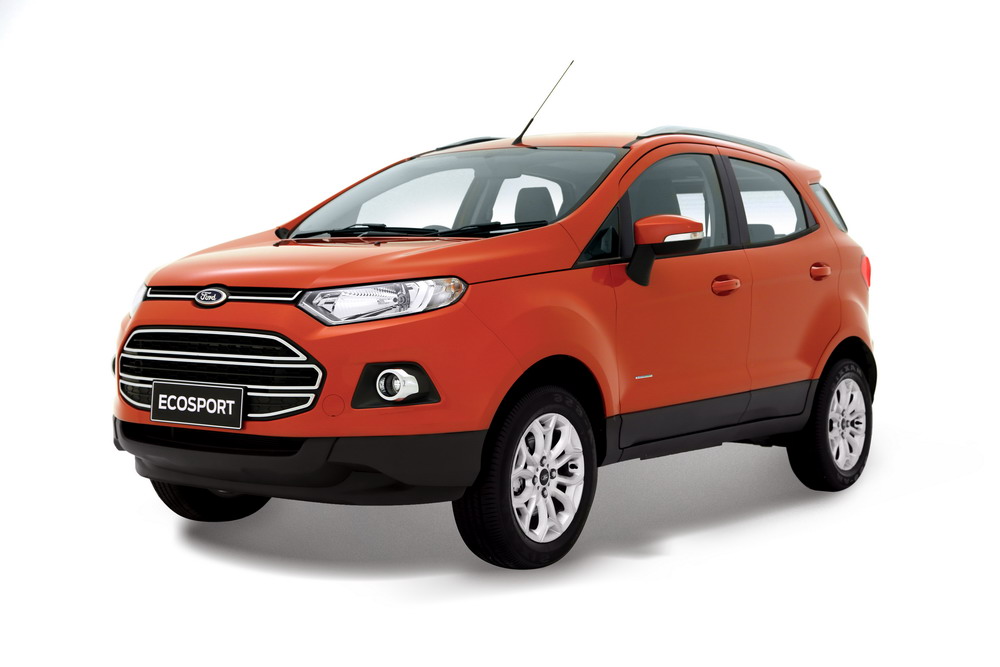 Its barely a few minutes back we shared with you the fall of Duster’s sales, Ford India has shared (in our inbox) its happiness in doing so!

With the launch of EcoSport, Ford is enjoying a gala run at the sales charts. For the month of July 2013, the company registered total sales of 12,338 units which include both domestic sales as well as exports. Individually. Ford recorded 7867 units in domestic sales which are 26 percent higher when compared with July 2012.

Ford India also recorded highest ever exports by registering total sales of 4471 units which is an increase of 114 percent from the 2087 units it exported in July last year.

Though, Ford has not shared individual sales figures, but it is very obvious that it is the EcoSport craze that has resulted in Ford’s tremendous growth. According to last known official figures, EcoSport registered massive 30,000 bookings in mere 17 days of launch.

To help exports, Ford also inaugurated a dedicated car parking yard at Chennai Port a few days back. From the month of July, Ford also commenced shipping of EcoSport to South Africa, Mexico and Aruba from India.

Despite the near-term difficulty in the economy, our customers have put their trust in the urban SUV EcoSport, and with the Figo ranking as the best premium compact car in the prestigious J.D. Power India vehicle dependability study 2013, we are delighted to achieve the highest-ever sales in our history this month. It’s encouraging to see customers visit our showrooms, ready to experience new emerging segments that are driving growth.

EcoSport has received a grand response in the market and as a result, Ford is unable to meet the demand and hence, the urban SUV is running into huge waiting periods which vary from a couple of months to almost a year depending upon the variants you chose.

Ford EcoSport vs Renault Duster
July 2013 Sales: Duster Tumbles to 3089 Units on its Birthday; Isn’t it a Clear EcoSport Effect?