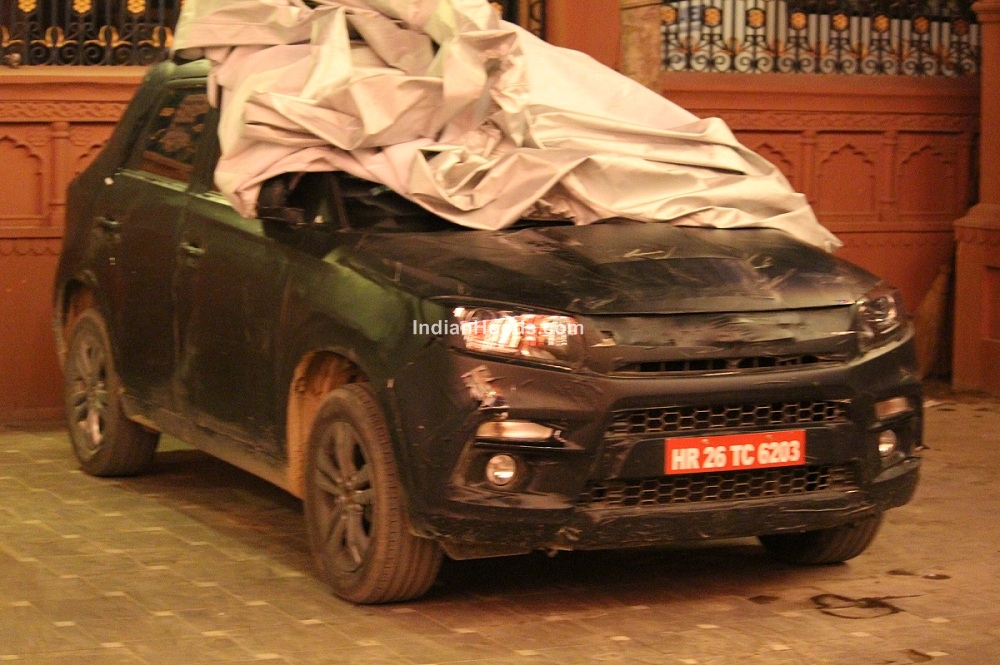 Back in 2012 Maruti Suzuki showcased a beautiful looking concept in the form of XA Alpha. It presented Maruti’s intentions of venturing into the sub four meter compact SUV segment with a bang. Four years down the line, they are testing one but it is far from what was displayed.

Rumoured to be called as the Vitara Brezza, the car was spotted recently by a reader of IndianHoods somewhere in Rajasthan. The heavily camouflaged test unit sports a very understated front styling. It, however does get projector head lamps, which the competition EcoSport doesn’t come with! Also visible are LED daytime running lamps. 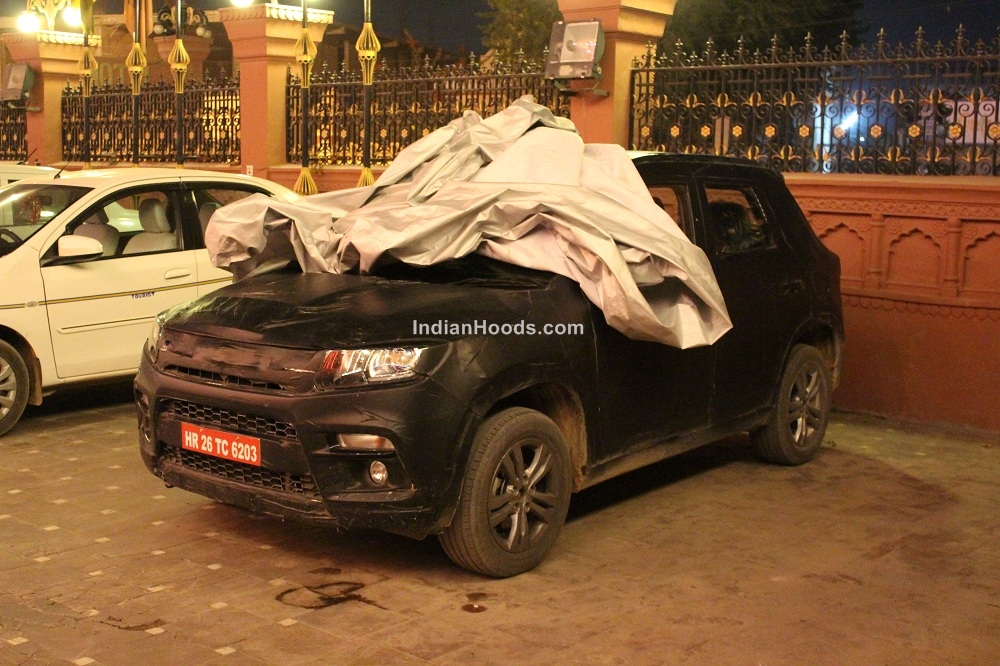 Interiors too appear to have been kept simple with a layout carrying forward inspiration from the existing products. The legroom seems to be just about sufficient but more on that can be confirmed only when better pictures hit the web. The rear tailgate gets a noticeable bump and carries a roof mounted spoiler. 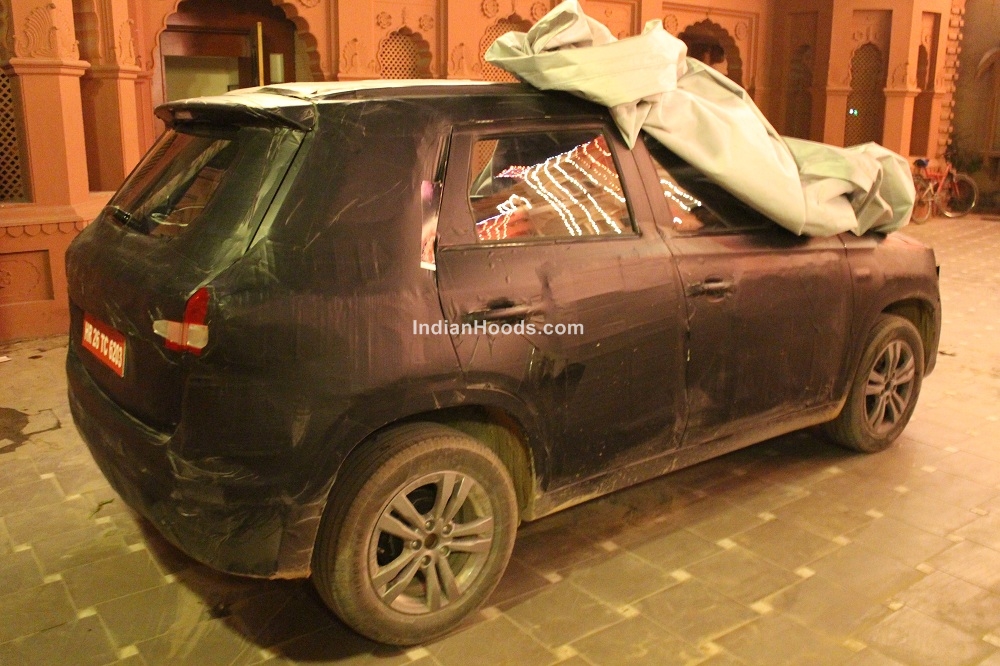 Overall, after Baleno, it appears Maruti has played safe again and it looks to be an Alto on steroids! What we know till now is that the Vitara Brezza will be powered by the same 1.3 litre multijet engine sourced from Fiat in the 90 PS VGT trim (75PS is not confirmed) apart from a petrol motor (most probably the 1.2 L K-Series). Transmission duties will be administered by a 5 speed manual unit. Expect Maruti to launch the SUV at the coming  Auto Expo in February.