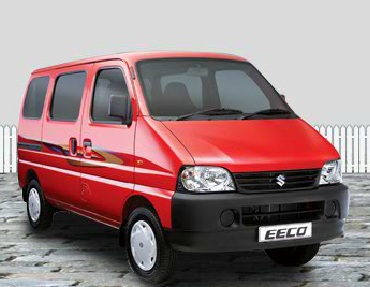 The low cost passenger carrier segment has, so far, been dominated by Tata and Mahindra. While Tata’s Ace has been very successful, Mahindra’s Maxximo has received limited success; what has helped in pushing the sales chart has been the presence of a diesel mill.

Maruti Suzuki, the country’s largest car manufacturer has the Eeco as a people mover; the company believes that the lack of a diesel variant has handicapped its sales figures. While the Tata Ace Magic and the Maxximo are priced around Rs 3.33 lacs, the Eeco (base variant) starts at Rs 2.98 lacs (all prices ex-showroom, Delhi).

According to a report on Financial Express, Maruti is now working on an 800cc diesel mill for the Eeco. This new Eeco diesel is expected to be launched by 2016. Eeco is presently sold with a 1.2L petrol engine petrol with CNG as an optional extra.

This is the same 0.8L 2 cylinder diesel engine that is being developed for Maruti’s first ever LCV (Light Commercial Vehicle) codenamed as Y9T, exclusive spyshots of which we have shared a few days back (here). This diesel powered 800cc engine is Maruti Suzuki’s first indigenously developed engine. A company official even went on to say that the Eeco will later on replace the ultra-successful van, Omni, which makes sense actually!

Maruti, with the new diesel Eeco is trying to capture the rural low cost people mover segment. The Eeco, in its present iteration, has seen a steady drop in volumes but witnessed a healthy 4 per cent growth in the rural areas. Tata’s Venture, despite being a diesel people carrier, failed to make a mark in the market. It would be interesting to see how would people take the new Eeco diesel.

Related: Seven Seater WagonR to be Launched This Year Against GO+ MPV