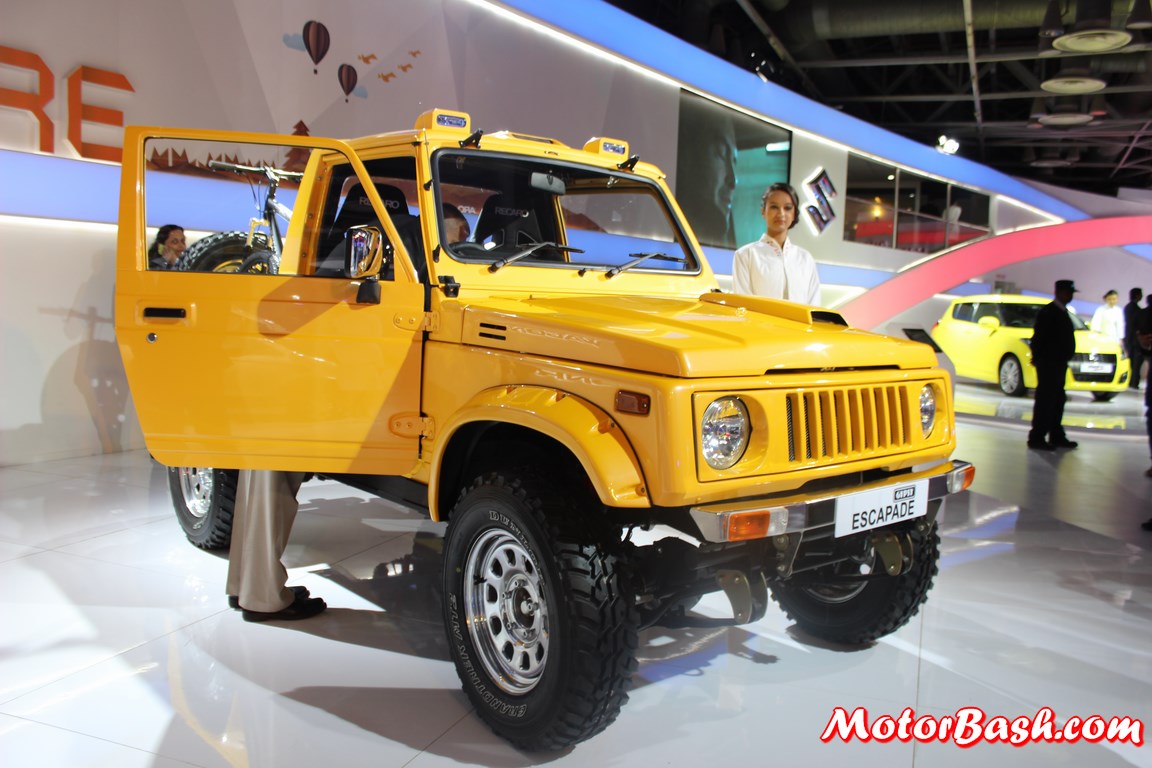 At the Auto Expo, India’s largest carmaker’s stall boasted of a lot of pomp and show. In addition to the just-unveiled Ciaz and S-Cross models, there were quite a few other jazzed-up versions of other existing models. A couple of them were the SX4 Sport and the Gypsy Escapade.

No path breaking changes here. As the name suggests, the SX4 Sport is a tweaked version of the SX4 that boasts of a few additions to increase the zestiness of the car. The SX4 Sport will be able to conquer tracks more easily as compared to the regular model, and will also hold its ground in dirt terrain too. 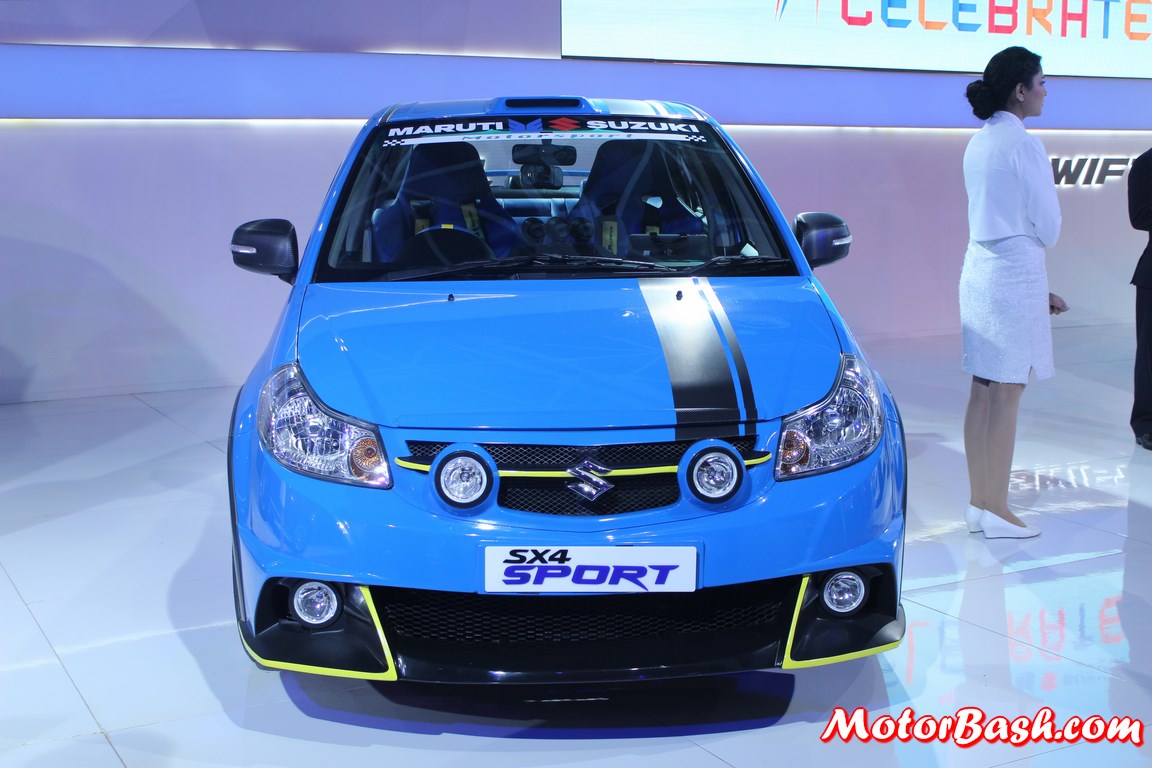 Complementing the more vicious nature of the car are the visual upgrades like :

The other model was a more-demented version of the sedate-looking Gypsy. Maruti-Suzuki has named it the Gypsy Escapade, and claims that it can take on any kind of challenge that unknown terrain would pose. The soft-top has been removed to make space for luggage stowing, and the vehicle runs astride on much more meatier tyres. The ground clearance has been raised too, thus making it ready for any obstacle that props up out of nowhere. And that yellow was real eye catchy!

Being a Gypsy, it would be quite cheap as compared to other premium SUVs boasting of Limited Slip Differentials and what not! We feel this would be the perfect choice for an adventurer on a budget. But is Maruti Suzuki considering it even as a special limited edition?