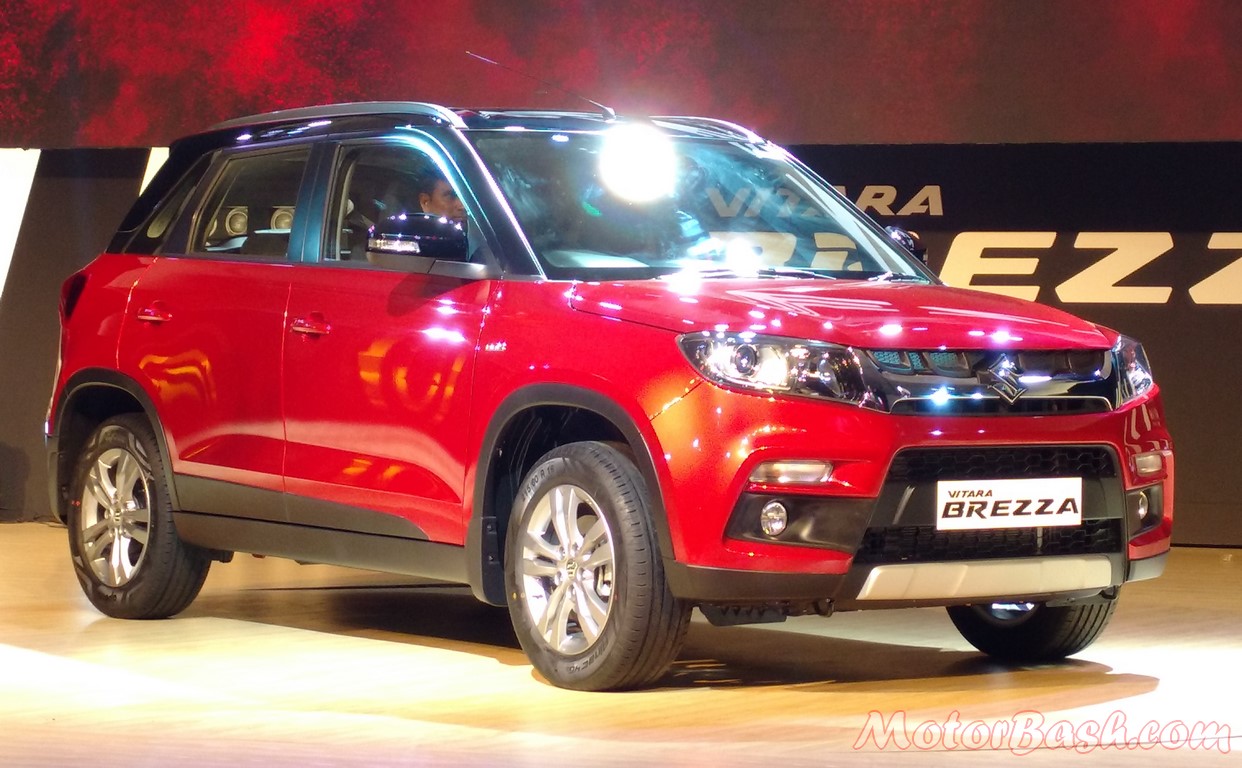 Brezza prices announced and even the base variant (diesel) undercuts entry price of EcoSport petrol!

Maruti Suzuki has finally launched their much awaited sub four metre compact SUV Vitara Brezza at real good starting prices of Rs 6.99 lakhs (ex-showroom,Delhi). Set to fight against the likes of Ford EcoSport, Mahindra TUV 300 and the upcoming Tata Nexon, Vitara Brezza appears all set to be the game changer in the segment and has the potential to carve out a big share of the pie for Maruti.

Brezza is powered by the familiar 1.3 litre DDiS diesel mill producing 88.5 bhp of maximum power at 4,000 rpm and 200 Nm of peak torque at 1,750 rpm. Transferring all the force to the front wheels is a 5 speed manual gearbox. Maruti has even managed to make it lighter than the EcoSport with a kerb weight in the range of 1,170 kg to 1,195 kg. Brezza also comes with the segment-best ARAI-certified fuel efficiency of 24.3 kmpl. 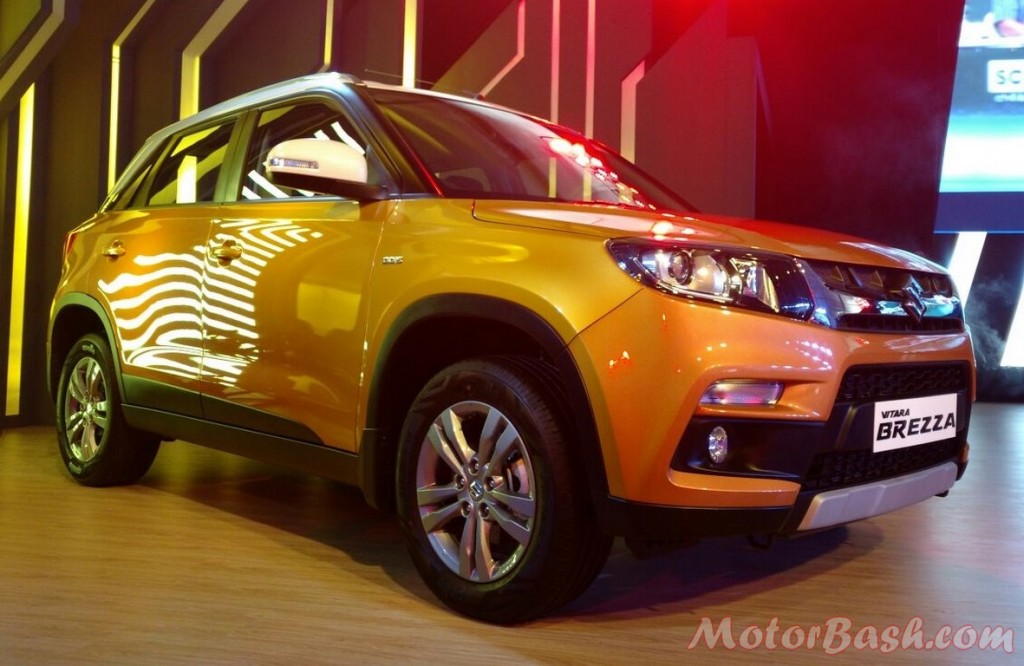 Apart from this Vitara Brezza boasts of a host of first in class features which includes: 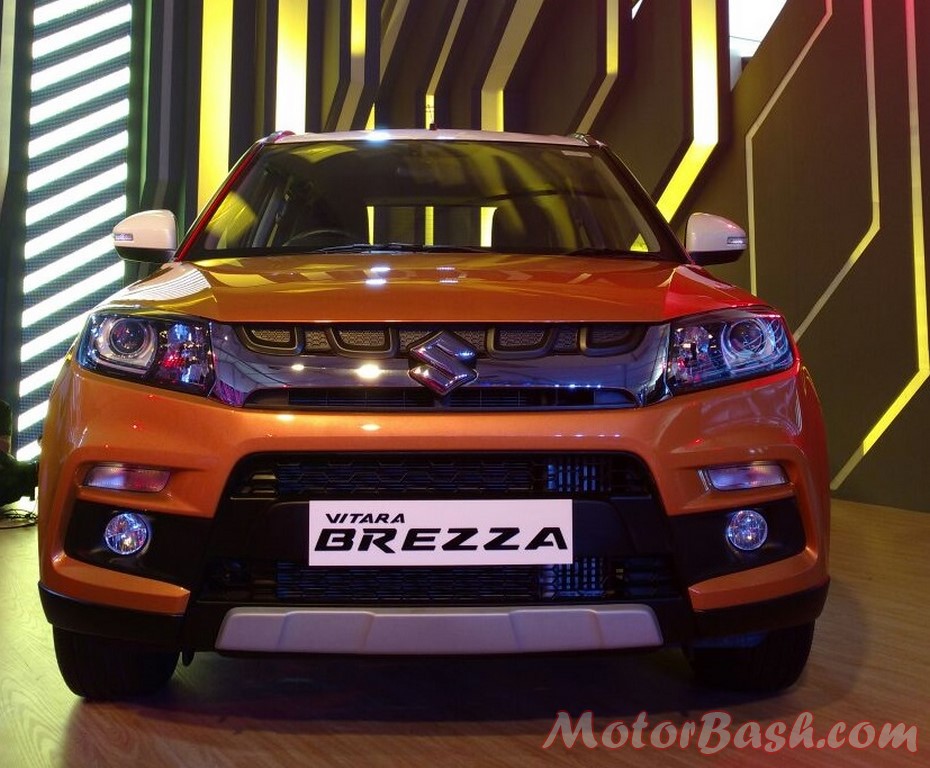 The company claims that the Vitara Brezza is the first car in India to be certified for offset and side impact crash tests which will be enforced from 2017. Built with high tensile steel, Brezza also gets Suzuki’s Total Effective Control Technology for occupant protection. Adding to this Maruti will also be providing driver airbags as standard and dual front airbags with ABS and EBD optional in all variants.

Brezza is being offered in the following colour options.. 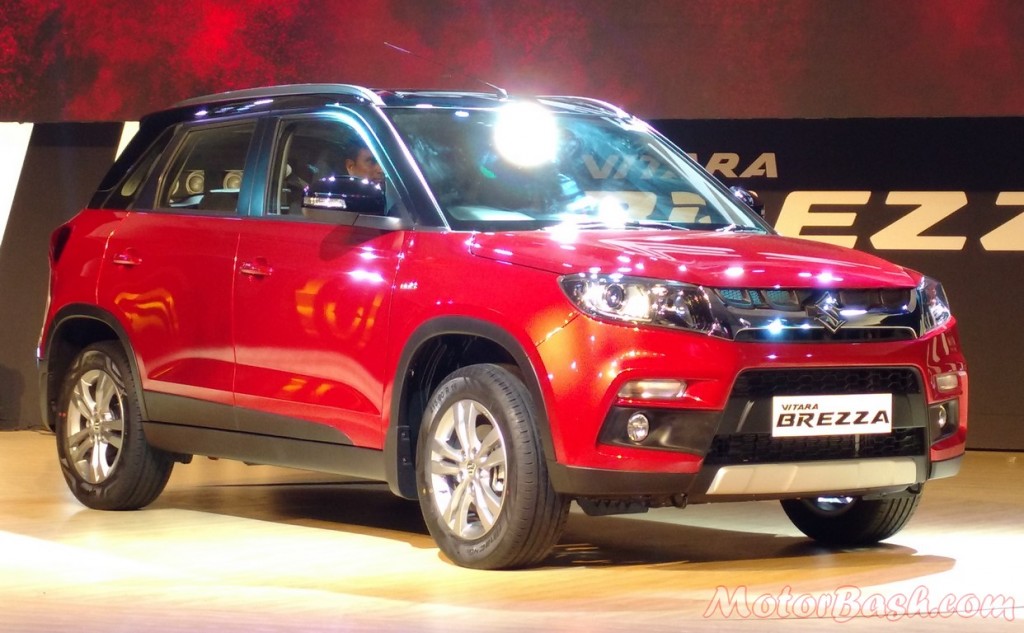 Vitara Brezza gets 16 inch tyres and a ground clearance of 198 mm. Boot space is fairly decent at 328 litres, marginally lesser than 346 liters of EcoSport. Other features include flip fold seats with 60:40 split at the rear, rain sensing wipers, air cooled upper glove box and card holder in glove box.

Maruti is charging Rs 13,000 for the additional safety equipment on the L and D variants and Rs 14,000 extra for the Z variants which get contrasting roof!

As a result of this pricing, the Maruti Brezza ZDI+ dual tone will attract one percent additional luxury tax and you may see many more of them in Delhi and a little lesser in Mumbai. What are your views on the prices?