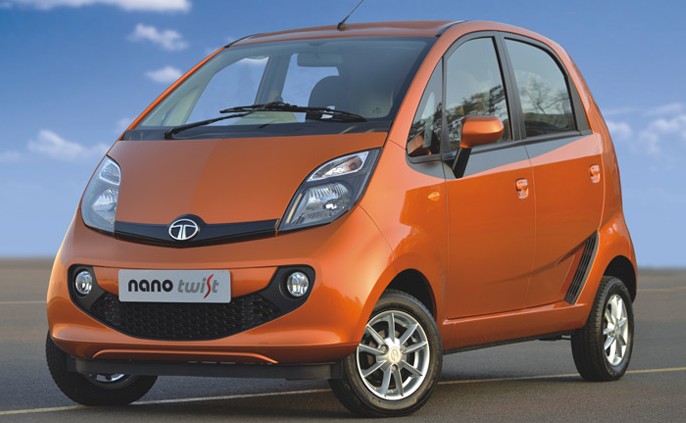 A lot of Nano users have wished for an openable tailgate and ever since Tata showcased the Nano automatic (F-TRONIC AMT) at the Auto Expo, many people have turned prospects of buying one.

We have talked about the Nano F-Tronic and Nano Twist Active a lot in the past few months and we are back again with some more information on the cars, this time related to their final launch in the market. Tata Motors is planning to launch the Nano F-Tronic and Nano Twist Active by the month of October in India around the festive season. Nano F-tronic will go on to become the cheapest automatic car in the country.

Now, it is not known if Tata will club the features of Nano Twist Active into the Nano AMT and launch only a single variant (and continue selling the current Nano Twist) or if both these will be launched as two different variants.

Internally Nano with openable rear tailgate is being referred to as Nano ‘OTG’ (Standing for Openable Tail Gate).

Nano OTG features a larger fuel tank (24L as compared to the usual 15L on current Nano), power steering (which is already offered on the Nano Twist), an openable tailgate which will add the practicality of increasing the utilisation of the rear storage area. Nano F-Tronic must possess all these and in addition get the AMT (Automated Manual Transmission).

Both Nano Twist Active (OTG) and Nano F-Tronic are powered by the same 624cc 2 cylinder petrol engine which churns out 38PS of power output and 51Nm of torque.

Apart from the Twist Active and Ftronic, Tata Nano is also rumoured to be getting a bigger heart (Nano Plus which shall feature a 3 pot 800cc petrol mill) and the Nano diesel, spyshots of which have re-surfaced again.