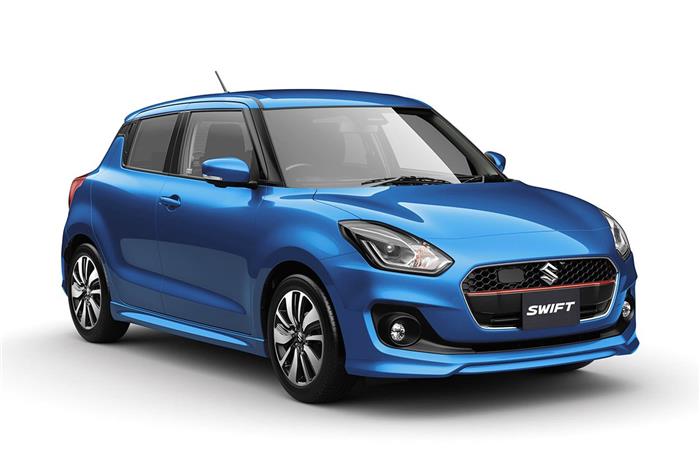 The third generation Swift was officially unveiled by Suzuki at an event in Japan. And quite clearly if the jump from the first-gen to the second gen was not convincingly different, take a look at this. Suzuki has unmistakably kept the Swift genes and worked around the looks to offer something which is more mature in terms of design. However, according to these pics, I believe the sportiness quotient has been diluted a little!

The new Swift has a resemblance with a lot of cars – elite i20, Punto, a wee bit of the new Figo and some may even get reminded of the Mini Cooper! Have a look…. 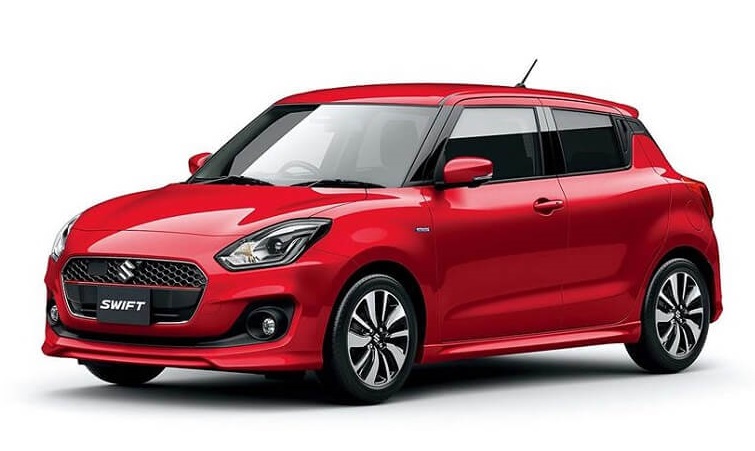 The face is completely different with a new set of headlamps which are not as swept-back as the current gen car. The grille is now a more prominent design element (also has a chrome outline), the nose is more protruding and it appears to be a slightly longer first box.

The sides also get minor cosmetic enhancements and that rear door handle is neatly tucked into the rear window frame. The blacked-out A and B pillars continue from the current car.

The new-gen Swift gets a rear which immediately reminds us of the Etios Liva. The rear bumper is not as chunky and the tail lamps look basic. The number plate housing also moves down and to kill the monotony they had to lend it a small protruding design line at the rear gate. 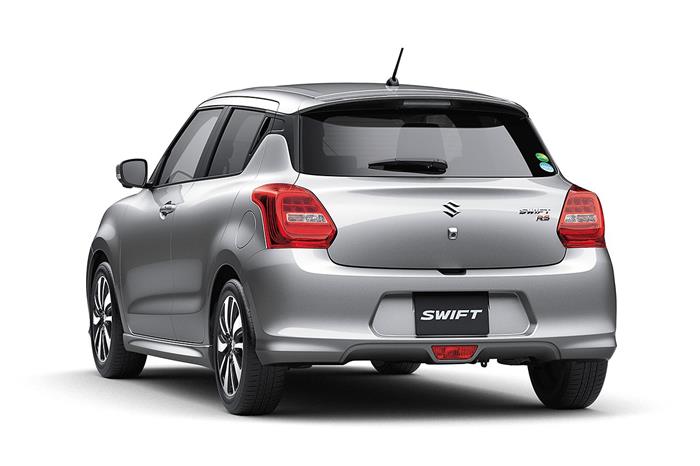 Here in India, Maruti will continue to use the 1.2 Liter K-Series petrol and 1.3 liter DDIS diesel engines on the new Swift. However, there is a possibility that, we may see the new 1.0 Liter turbocharged Boosterjet engine on a higher ‘RS’ edition which has gone to Baleno recently. What is surely coming is the automatic gearbox to at least one of the fuel options.

Safely expect the next-Gen Swift to be lighter than the current version and hence better overall efficiency. But it will be interesting to see how will Maruti Suzuki keep the structural integrity of the car safe enough for our market as well.

According to a latest report at Autocar, the 2017 Swift will be launched in India early next year, most probably at the 2018 Auto Expo. The Indian version has been codenamed as YSD and will have a lot of Indianization, including a higher ground clearance.

The new 2017 Swift, also, in all probability, previews the 2017 Dzire which is already on tests on our roads.