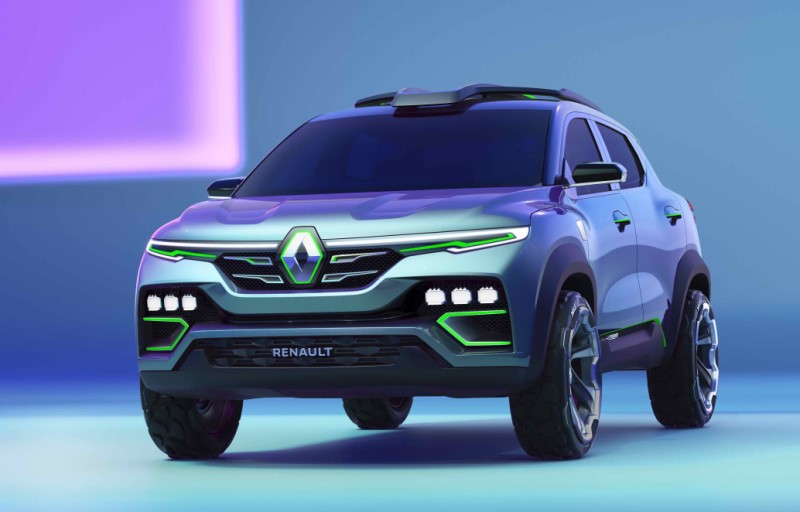 Renault Kiger launch will give the French its first vehicle in the Sub four-meter B-SUV segment, and will share its underpinnings with the Nissan Magnite…

Renault India has officially taken the wraps off the concept version of its upcoming B-SUV and has revealed its name as well KIGER. The French maker has announced that the compact SUV is designed for the Indian market, and will be launched here first before it goes to other markets.

Renault informs that the production model will have about 80% similarity with the showcased concept model in terms of design. The Kiger is built on the CMFA+ platform, that has been developed as a part of the Renault-Mitsubishi-Nissan alliance. It is to be noted that the recently launched Nissan Magnite also shares the same CMFA+ platform.

Kiger has bold and masculine styling with raised bonnet line and shorter A-pillar. It gets bumper-mounted 3-piece LED headlights with neon indicators and LED DRLs. The rear portion of the car is nicely sculpted with C-shaped taillamps. Since the company has not shared any details about the interiors, any information on the feature list of the car is scarce, at the moment.

However, since the car shares some of its components with the Nissan Magnite, we expect it to sport its engines as well. The compact SUV is likely to get the 1.0 litre petrol and 1.0 litre turbocharged petrol engine options.

2020 Mahindra Thar Launched at ₹9.80 Lacs: All Variant Prices Inside

The transmission options may include a 5-speed manual, and CVT automatic gearbox (this may be limited to the turbo variant). Expected power output is around 72 PS for the regular variant, while the turbocharged version can make up to 100 PS.

Kiger may be priced marginally over Magnite and we are expecting starting tag of Rs 6 Lakh ex-showroom when it is launched in early 2021. Upon launch, the sub 4 meter SUV will take on the likes of Kia Sonet, Hyundai Venue, Mahindra XUV500, Tata Nexon, Maruti Suzuki Vitara Brezza, etc., head on.