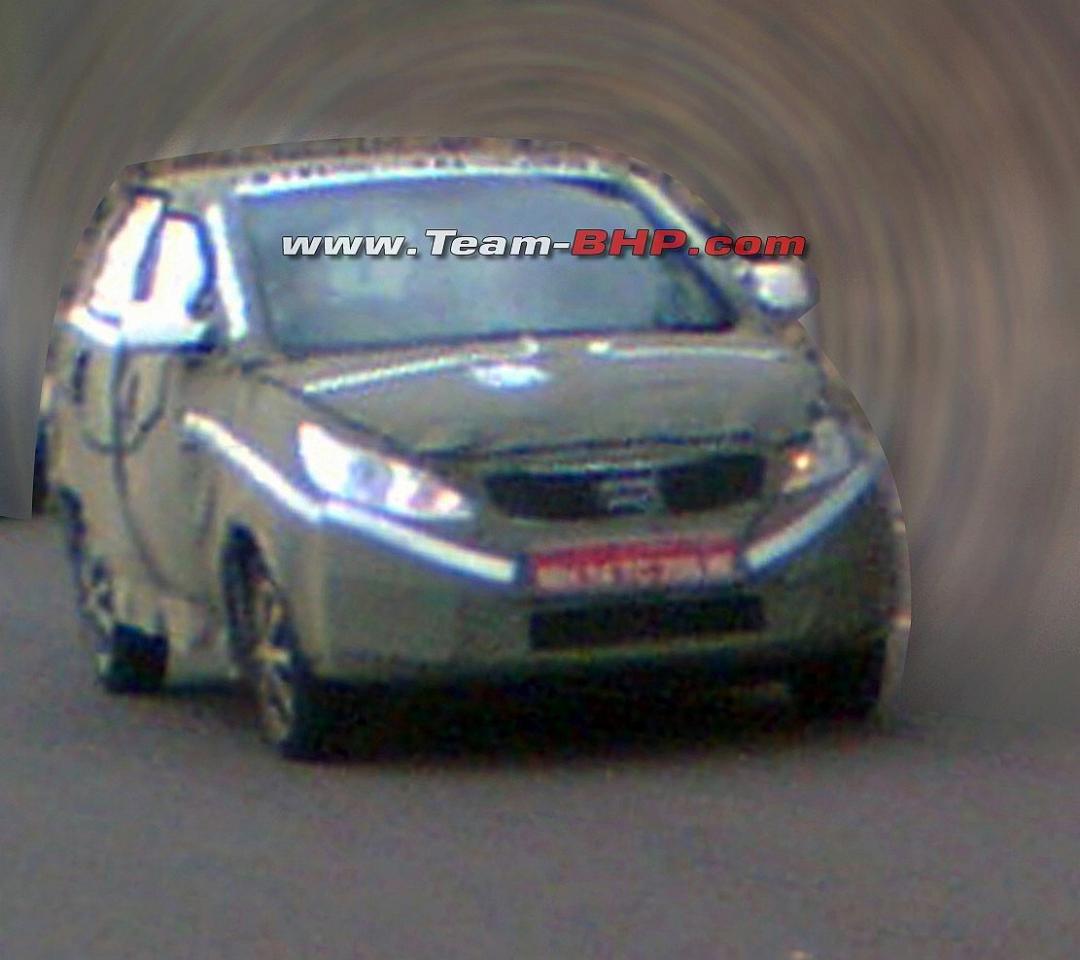 As we said, Tata’s policy for now is to refresh and revamp their complete lineup in India before launching any all-new products like the much awaited compact SUV.

After Indigo eCS and Indica eV2 facelifts, here we have the first ever spyshot of the upcoming 2014 Tata Indica Vista facelift shared by Team-Bhp. Reportedly, the company will unveil the car at the 2014 Auto Expo in Noida. Contrary to the niptuck jobs of the other facelifts, this will be a comprehensive makeover of Vista, the first time since its debut.

Though hidden to the bone, the spyshot does reveal that the new Vista will have sharper dimensions and aggressive styling. It is expected to share cues from the Manza Hybrid that Tata showcased at 2012 Auto Expo in Delhi. Apart from the obviously expected changes like refreshed grille, new bumpers, sharper headlamps, tail lamps, Team-Bhp also reports that this new Vista will get turn indicators above the wheel arches and the dashboard will be, thankfully, carried over from Manza or the current Vista D90.

Also, the number plate will move up and we also expect changes to the interiors along with a few engine tweaks to help driveability and fuel efficiency. Along with these changes, we also guess Tata will throw in some more features to make the car a luring prospect when it makes way sometime in 2014 to our neighborhood dealerships.

However, the singlemost significant change we will really be interested in finding out will be the quality of the new car. Tata has promised that their future cars will go through stricter quality checks and will be at par with the competition! If Tata is reading this, we also urge them to do away with the ‘Indica’ moniker and label the 2014 car simply as – New 2014 Tata Vista!