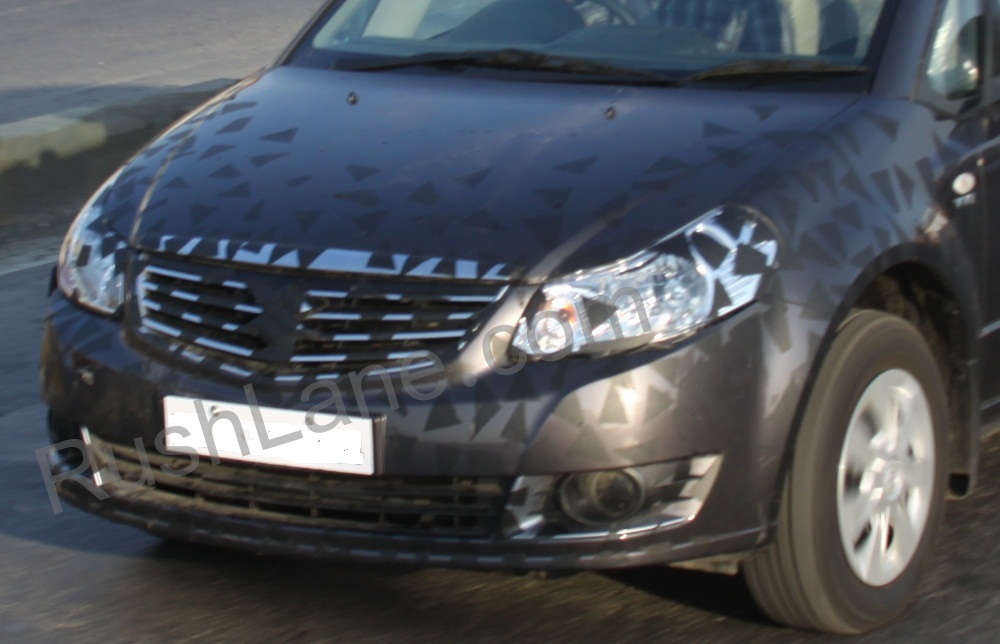 Maruti Suzuki tops the sales charts when it comes to its hatchbacks. There’s not a single company that has managed to give much of a worry to this India’s largest seller.

And yes, their Dzire compact sedan is quite the sales topper too. But in the segments above that, Maruti has never really managed to have a strong footing due to the image of the brand which in no language could be termed as premium.

They brought in the SX4 with a tall boy stance, roomy cabin, a ground clearance almost similar to an SUV and targeted the urban male buyer with the tagline “Men Are Back“. Manly, it did look like but soon after, despite the introduction of 1.3L MultiJet diesel, its sheen went off resulting in dismal sales month after month.

Now Rushlane.com has published spyshots of a 2013 SX4 facelift which was caught camouflaged in Gujarat. The test mule, as we can see, is running with a few cosmetic changes specially to the front. It includes: 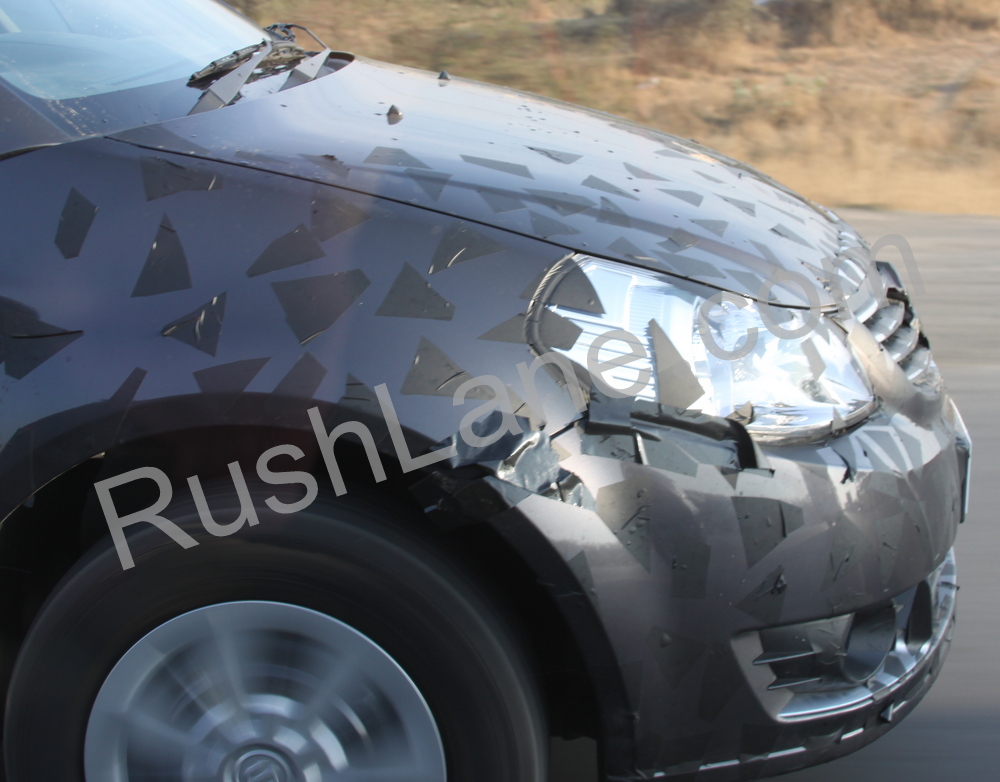 We could not make out any significant changes to the rear from the one pic that we have. We also see a small sticker at the rear glass which reads “YY4 MINOR (VXI) MP TRIAL VEHICLE NO – xx” which also clears that similar to the recent Ritz facelift, this is also a minor facelift under trials and would include only basic mods. This is the VXi trim CNG model under test. 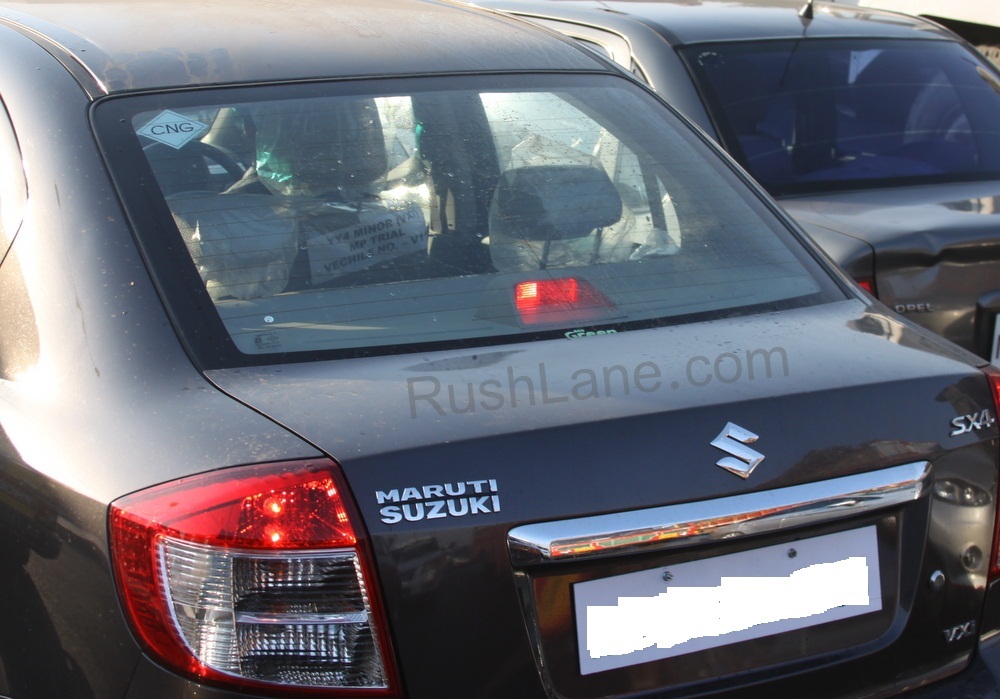 Interiors are expected to remain more or less the same with a few possible tidbit changes here and there. The engines are also expected to carry the same specifications with the 1.6L petrol motor belting out 104.68PS/145Nm and the 1.3L DDIS producing 90PS/200Nm. Currently Maruti is offering SX4 with discounts of upto Rs 65,000.

The launch of this mid-life facelift should happen in a few months from now and would more be a makeshift arrangement before the next-generation SX4 makes its way here sometime in 2014. But the question remains; Would this minimal refresh do any good to SX4’s sales?