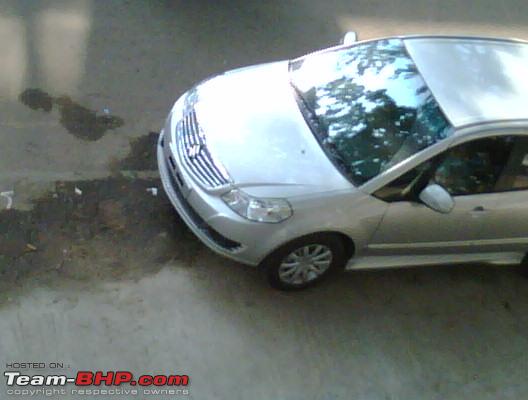 Back in December last year, first spyshots of Maruti’s warhorse SX4 were caught which was running with a few niptuck cosmetic add-ons in Gujarat and Pune.

Now, in a recent development, the new SX4 has been caught without any camouflage of any kind. These pics are shared by a Team-Bhp member Asva. This SX4 mule is running across without any number plates and looks like a sparkling new dealer car.

We can not be sure about it, but considering the way Maruti silently launches their facelifts, there are possible chances that the car might have already reached the dealerships and might just be launched within a few days. The facelift will bring with it a few changes which make the car look absolutely similar to the facelift which Suzuki launched in China way back in 2010 (yes 2010!). 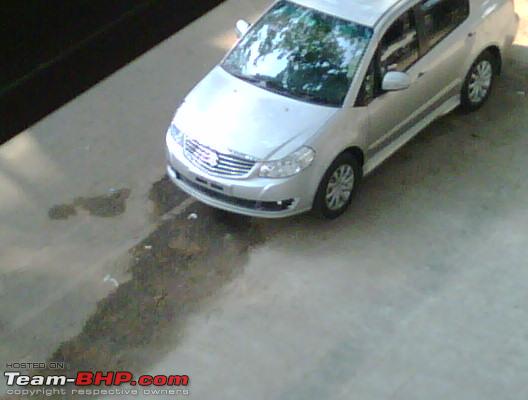 The most prominent change appears to be the grille which is all chrome along with refreshed bumpers, additional chrome strip over the grille and possibly a few tidbit changes at other places. Engine and tunes are also expected to be similar with a few possible tune-ups to make it more drive-friendly. This will just be a minor facelift to keep the product refreshed before the all-new SX4 makes way sometime next year.

Also Read: Hear This! Maruti Plans to Launch 4 SUVs in Next 2 Years…Including the XA Alpha