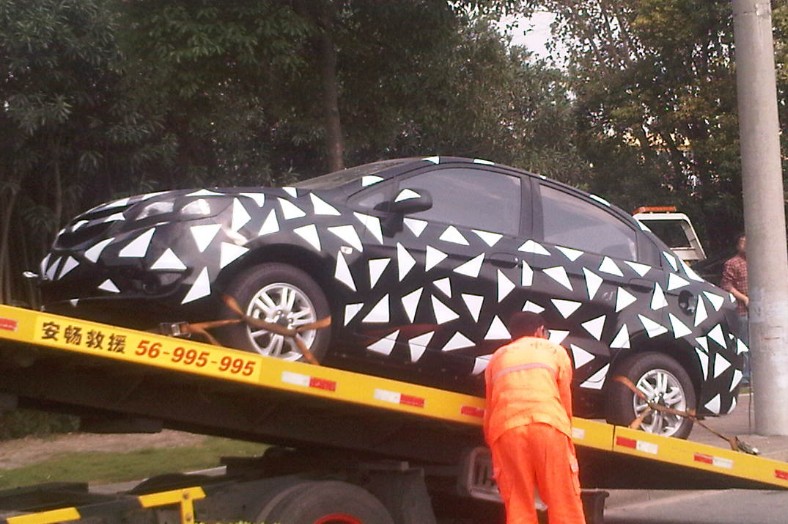 On 2nd of November Chevrolet launched the Sail U-VA hatchback with a lot of hope. If you do not know still, Chevrolet is also testing the sedan version of the car to be launched early next year.

Sail sedan is already present in China and it is the same model that would make an Indian entry as we can make out through thespy pics of test mules we have caught in Pune.

Now, in an interesting development, a CarNewsChina reader has presented the site with some camouflaged photographs of the Chevrolet Sail sedan.
The pictures were taken near the Shanghai-GM facility in Shanghai, China. We see that the Entire side profile along with front and rear is camouflaged.

So, subtle changes are expected on the hidden parts. Changes might include a new front grille, new front and rear bumpers and new headlight clusters. The facelifted Sail is expected to be showcased in the Shanghai Auto Show in 2013, followed by the commencement of its sales in China. 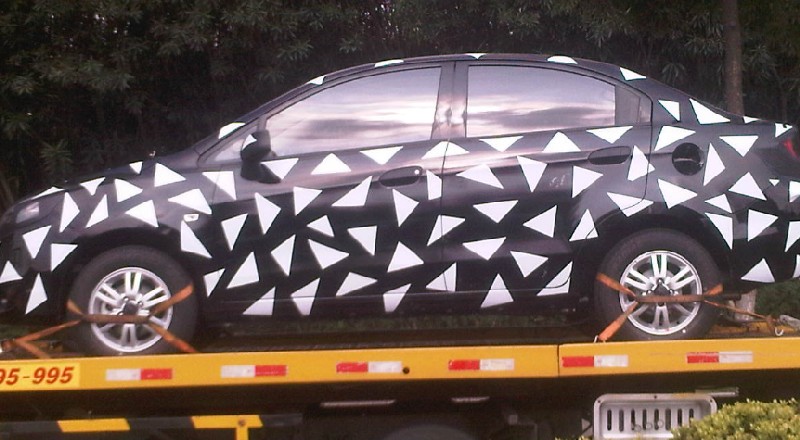 Though it’s a bit disappointing that in India we’ll have the existing version (in China) of the car. If we are allowed to suggest, shouldn’t Chevrolet wait a while and launch the facelifted model in India as well.

Sail U-VA has just been launched and a lot rides on its shoulders. Chevrolet should wait a while, gauge people’s response and based on that proceed with Sail notchback (sedan). Meanwhile, they already have the Enjoy MPV which they can launch as scheduled sometime in January. If Sail hatchback doesn’t do well, launching the current Sail sedan might not make a significant impact and might also go down considering both have similar underpinnings.

In that case, launching this facelifted Sail sedan would make much more sense, later. This would also give all the products a good time to settle down.