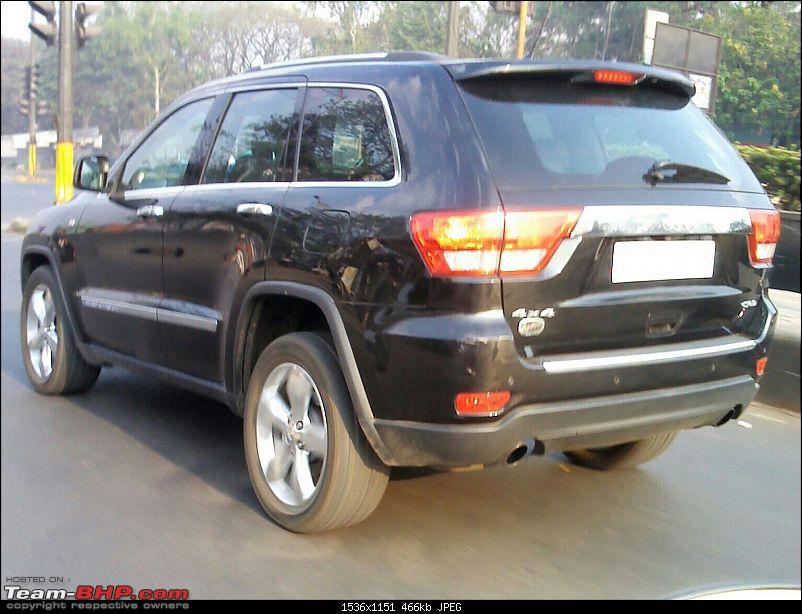 In December 2012, Fiat officially revealed its future roadmap in India which also included an official announcement of Jeep’s products in India.

We have shared with you the list of all 8 upcoming launches from Jeep’s stables. The first ones to make way into India will be the flagship Grand Cherokee and Wrangler. And to make things sweeter, Jeep has started testing them in India. A few days back, there were a few spy pics which made way on the online space.

Now, we have a few more pictures of these Jeep’s big, macho SUVs continuing their test runs. Published by a Team Bhp member, these pictures feature a Grand Cherokee, Wrangler in short wheelbase and normal forms. We already know that these SUVs will come in both diesel and petrol variants.

Cherokee will be the flagship and the costliest of the lot. It will be powered by a 3.6L gasoline engine and a 3.0 L diesel motor. Wrangler will get the same 3.6L petrol engine but a smaller 2.8L diesel engine. (Read details of Cherokee & Wrangler engines) 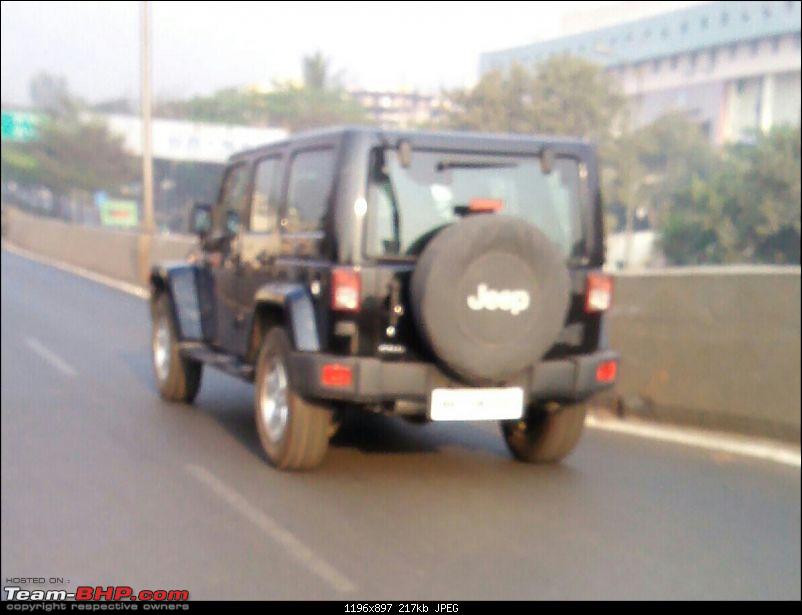 Jeep will also bring in smaller B-segment and C-segment SUVs which will be more affordable and has plans to open dedicated dealerships for providing a better experience to the customers. The time period shared by Fiat for the launch of these machines is second half of this year.