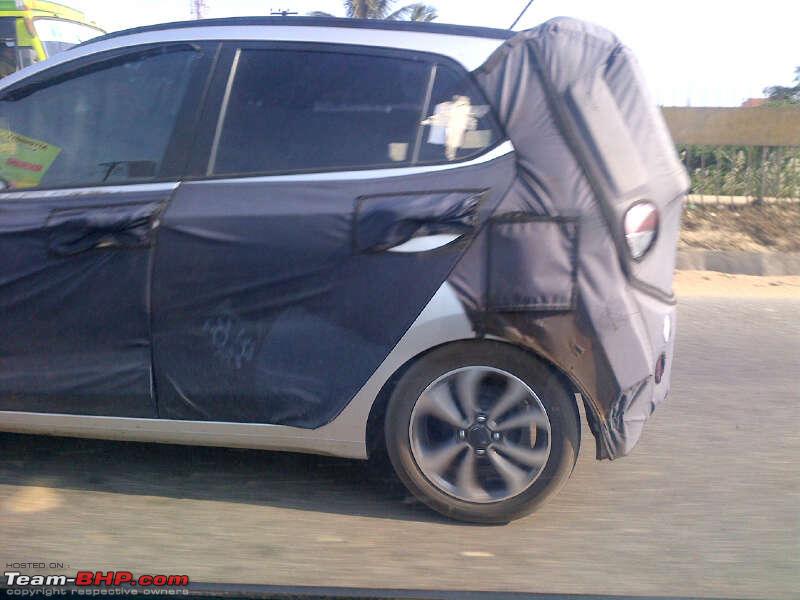 Hyundai is aggressively testing their next generation i10 in India. There have been umpteen spyshots of the car from Chennai and a few other cities. 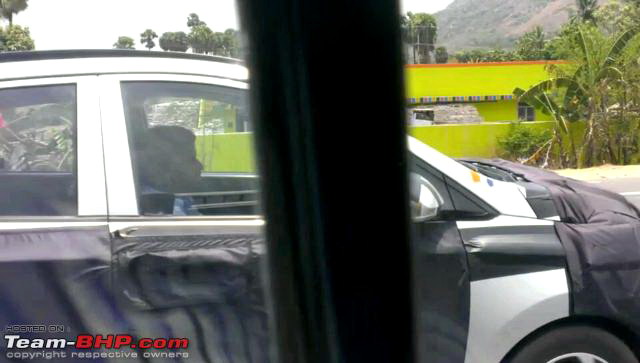 These new spyshots shared at Team-Bhp give us a slightly better hint of the car’s side profile and a peak into the interiors. In the pic above, you can see the terrific headroom for the driver. A few others detail the increased size of the car. There are two different mules here and it appears that both of them are running back-heavy and are pretty loaded at the rear.

The overall interior space of the car looks a lot better than the current i10 and rightly so, considering that Hyundai has cleared that this new gen i10 (which might be called as Brilliant), will not replace our current i10 in India, instead will be placed somewhere in between i10 and i20. 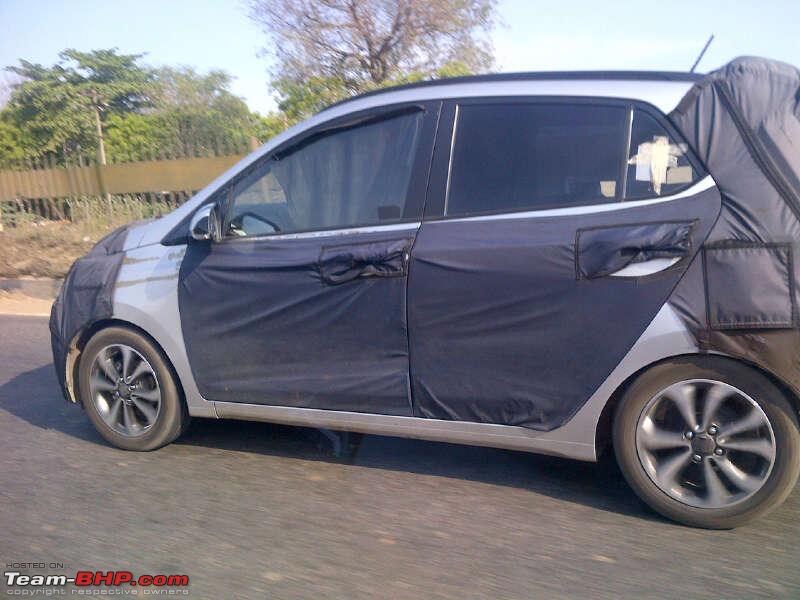 These mules are extremely well covered which just doesn’t reveal the new face the car adorns. Interestingly, in the following pic, the steering wheel of the car appears to be really smaller. It also gives a peek into the silver ascents on centrally placed AC vents. The headrests also appear to be non-integrated. 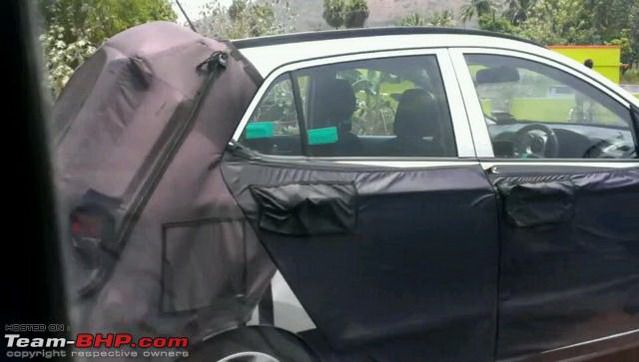 Next-Gen i10 will come with Hyundai’s 1.2L kappa petrol engine and the inclusion of 1.1L CRDI motor will be a welcome change to the lineup. It will give Hyundai a real shot at the entry level diesel car segment like Figo, Ritz among other large sellers. Hyundai is currently absent in this segment till now and this new i10 will be their ticket to higher sales.

We also tried to analyze prices of the car and came out with an expected starting price of Rs 4-4.25 Lakh for the petrol and Rs 5-5.25 Lakh for the diesel (Read more). After its official unveiling at Frankfurt Auto Show internationally, a Diwali launch in India cannot be ruled out.