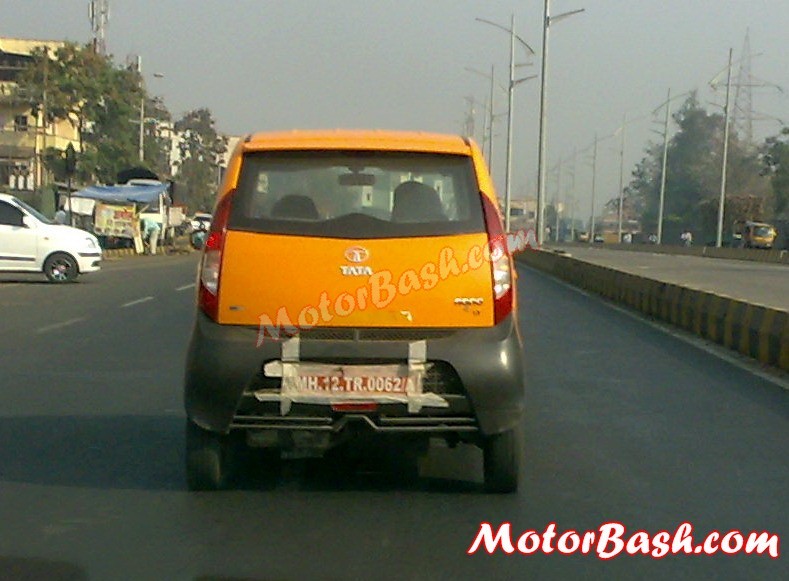 Nano, the Tata’s brainchild has not been able to taste as big a success as the product was capable of. In fact, for the last two months it has been having a dismal show at the sales charts despite Tata pushing it tooth and nail.

A few days back we brought to you exclusive spyshots of Tata Nano diesel which also included pics which gave us a sneak peek into the interiors. Here we turn our attention to another alternate fuel variant of Nano – Nano CNG. Nano CNG has been in the news for sometime now and in fact, it was touted to get launched by Diwali last year.

But somehow, we have crossed a couple of months and there is no signs of its launching. MotorBash’s hawk-eyed reader Kiran Manjal (who also shared with us exclusive spotting of DC Avanti sportscar earlier) has caught this Nano CNG mule in Pune with some noticeable differences. 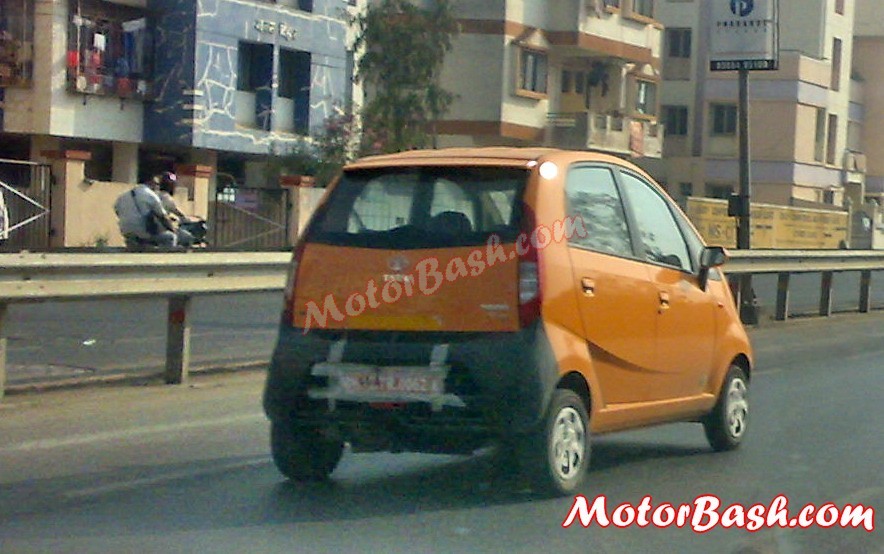 Nano Mild Hybrid in the Works

The additional cooling vent will help the car in enhancing the cooling characteristics of the rear-mounted 625cc engine. Nano CNG will get an under-20 liters CNG tank which is placed under the front seats. We have come to know from a few insiders that Tata is also working on a mild-hybrid version of Nano, which would employ auto-standby mode ie the engine will switch to stand-by mode temporarily when not in use such as traffic signals and other shorter stoppage points.

There are other aspects also that are being explored, one of them includes new intelligent console. But both of these new features are at a nascent stage. 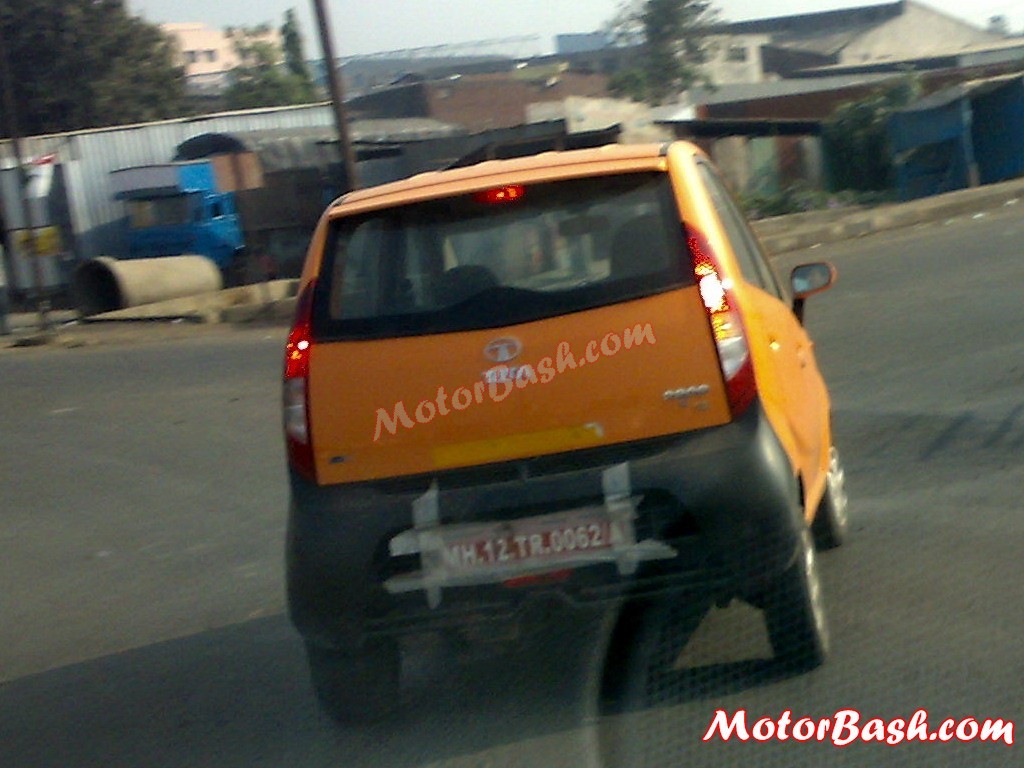 Tata was to launch the Nano CNG earlier but due to the current belt-tightening and realigning measures inside the company might be the cause of its delay. According to Tata, they are also working on various measures to tighten and pull-up their quality standards.

But as we understand, Nano CNG will make its way pretty soon to our shores and will be launched in cities where CNG if available. We are expecting the official launch to happen in 3 months and it might just happen earlier as well paving a lot of way for the product to settle down before the big ace Nano Diesel comes to the picture.