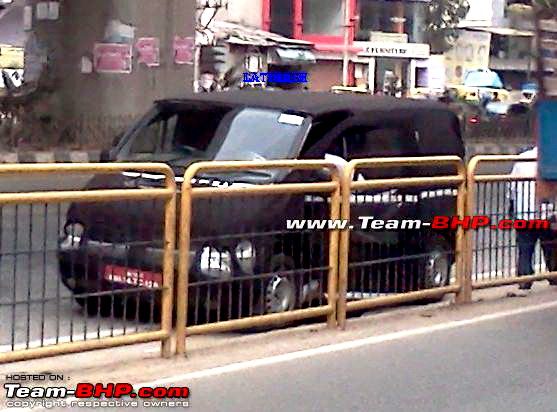 During the launch of Traveller26, Force Motors confirmed that they are working on a large MPV which will be launched towards the end of 2013 or early 2014.

We all know the MPV that Force Motors was talking about was their own version of Mercedes Viano….or is it? Yes, we have been under the impression that it will a rebadged version of Viano but we stand corrected today! The First-Gen Mercedes Viano was sold under the name of ‘Vito‘ and it was only in 2003 when Mercedes launched the Second-Gen of this MPV and started calling it with a new name, Viano, which is still sold in the international markets.

This came to light after a few eagle eyed folks were discussing the same at Team-Bhp. If we carefully observe the Force test mules (which are completely wrapped) with Mercedes Vito, we can easily make out the similarities specially through the exposed tail lamps (Check clearer spyshots here).

It is also reported that this MPV is being codenamed as ‘T0‘ and will be available in various seating arrangements ranging from 6,7 and 9 seating options. As is expected, Force Motors will definitely get a few niptuck jobs at the front and rear for differentiation along with the needed freshness.

We expect Force to plonk the same 2.2L FMTECH diesel engine from the Force One which produces 140PS of power output. There are all the chances that Force might also use a BS3 engine for non BS4 cities like it is doing for the Force One. The spyshot you see here is taken somewhere in Bangalore and the MPV was reportedly parked with some issues.