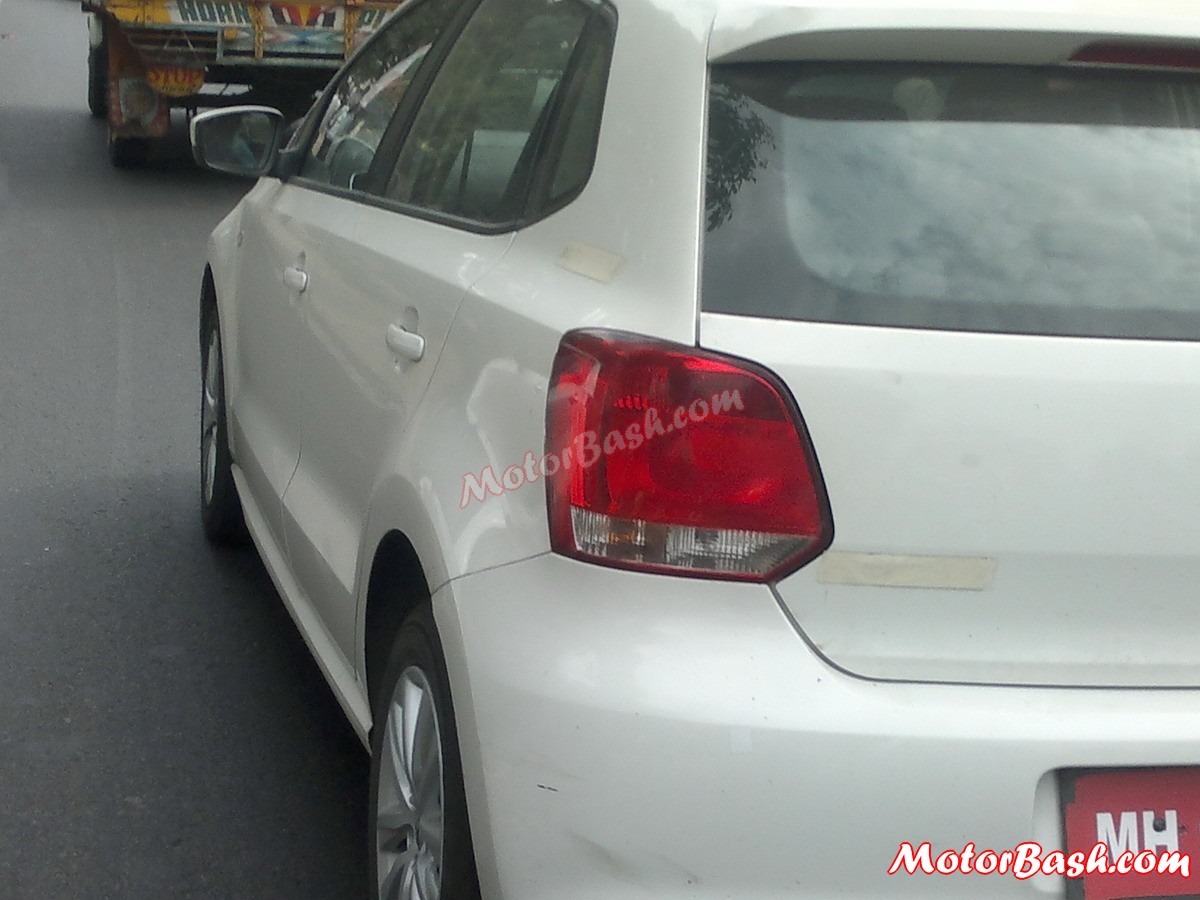 There is a lot happening at Volkswagen with respect to the Polo hatch. We have shared with you conclusive pictures of the car in CNG guise which we caught a few days back.

Now our hawk eyes have caught a test mule of a Volkswagen Polo mule which was caught zipping past the outskirts of Pune with hidden badges. As of now, what we know is that Volkswagen is preparing at least four variants of Polo –

All the earlier versions or On-test cars that were caught had some kind of a clear give-away what exactly were they. These are the first pictures of Polo of current times which had something hidden. Of whatever little we can decrypt, if this mule was anything from the above list, it felt like the 1.2 TSI. 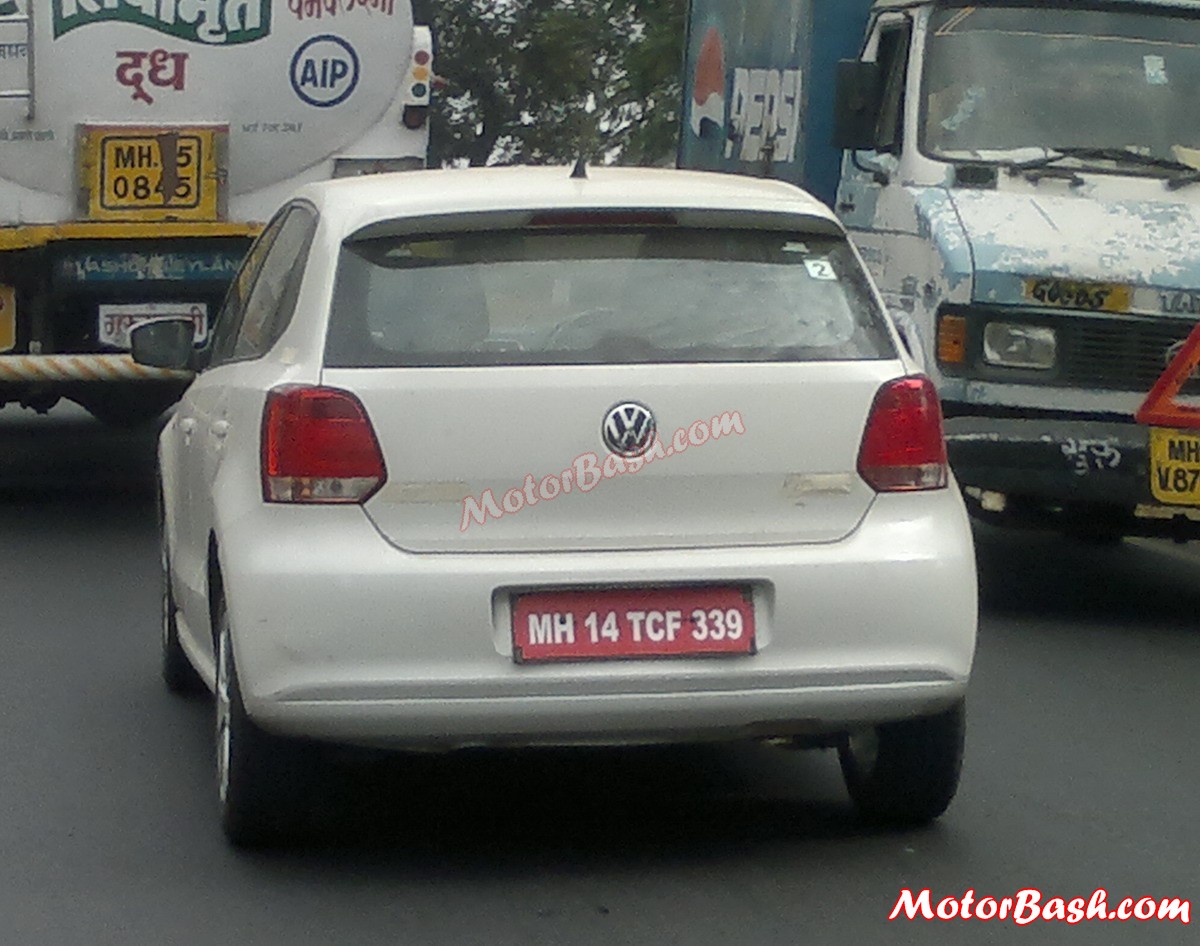 We followed it for at least upto 3-4 kilometers which included a small segment of highway where this car was revving at over three digits and it felt at relative ease and the rest in congested traffics. There was no black smoke at all at any time right from the sudden revs when already in motion or from standstill, so we strike out the diesel GTD angle.

From the covered badges at the rear, if you notice closely, the left side covering doesn’t look like a decal and is definitely not ‘VOLKSWAGEN’ long. It more looks like a simple sticker with something shorter. The right side hidden covering does look like a decal with that protrude and even it doesn’t look ‘POLO’ size big. There is also another small hidden tape at the C-Pillar.  Is it ‘GT’ at the left and ‘TSI’ at the right…?

On the inside, this car had front side passenger ‘Airbags’ along with regular dashboard which we can notice. The front also looked regular without any noticeable changes. 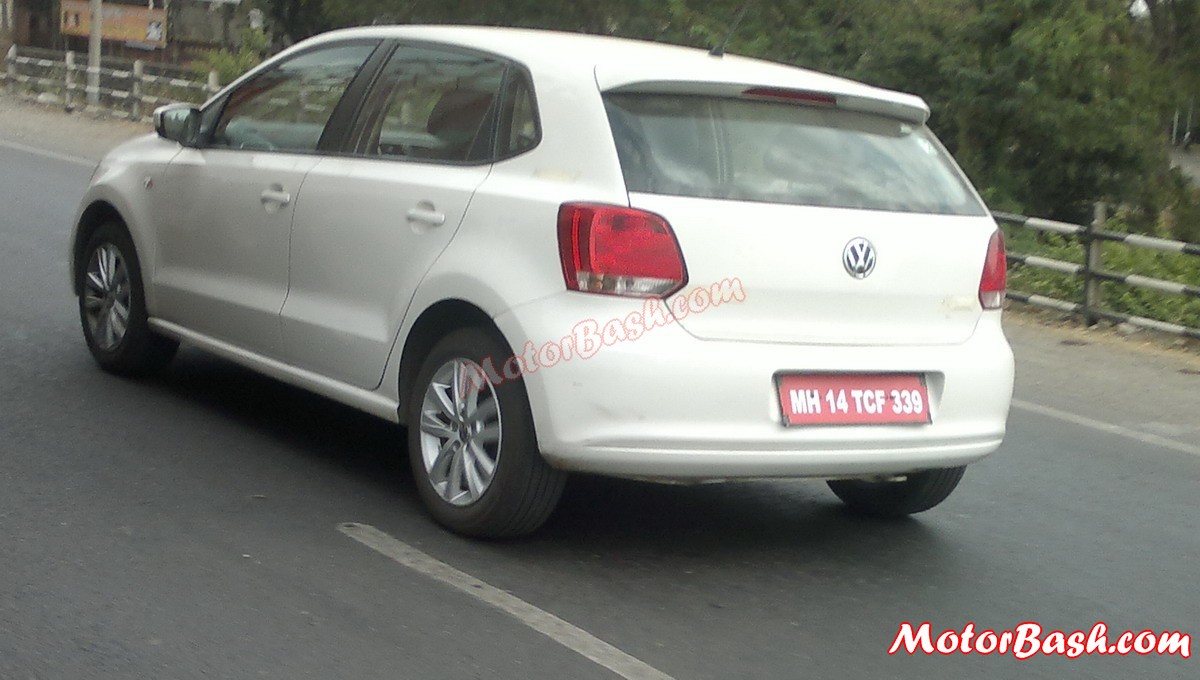 What is Volkswagen Polo 1.2TSI?

The Polo 1.2 TSI we are talking about comes loaded with a 3-pot Turbocharged TSI petrol engine churns out a peak torque of 175Nm and 103.5PS of power output. This simply means that this 1.2 TSI is more torquey and similarly powered than the regular naturally aspirated 1.6L petrol.

Going by figures, this 1.2L engine produces 22Nm of torque greater and just 1.5PS of power lesser than the 1.6L motor. If these figures are anything to go by, this would be a stonker of a machine to drive around town. And that is not all; This 1.2L TSI returns a claimed fuel efficiency of a whooping 17kmpl which is significantly higher than the 13kmpl of the 1.6. 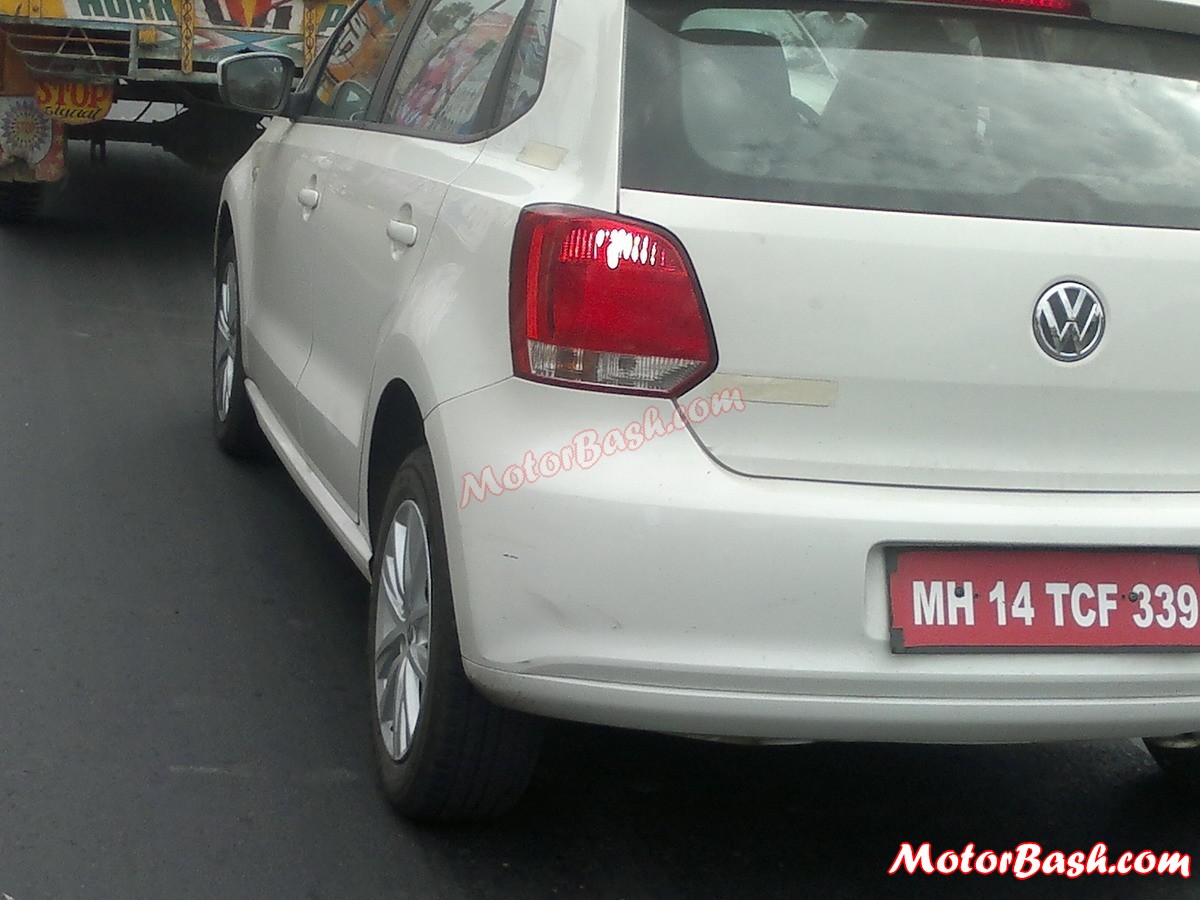 Now that Volkswagen has got all the decals and stickers prepared and the car is roaming around with hidden badges, we expect to hear something nice from them really soon.

2 thoughts on “SPIED: VW Polo Caught With Covered Badges; Quite Possibly the 1.2TSI”