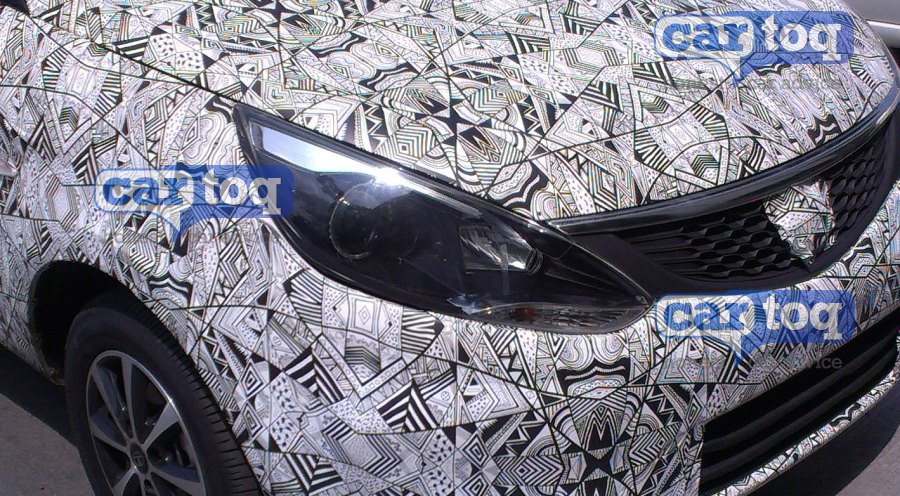 The upcoming Tata Vista facelift has been spied again, courtesy CarToq. The test mule strikes a very swanky appearance and the biggest revelation is the presence of projector lamps at the front. The facelifted edition is supposed to make an appearance at the 2014 Auto Expo in Delhi.

The Indica brand is well past its prime and Tata Motors is leaving no stone unturned to shrug off the perceived image attached with the older brand. Hence, it has incorporated some new design features in their upcoming cars to build a new identity. Among them lies the revamped tail-lamps that are now in place of the older Christmas-Tree arrangement. The registration plate also now moves up onto the bootlid. 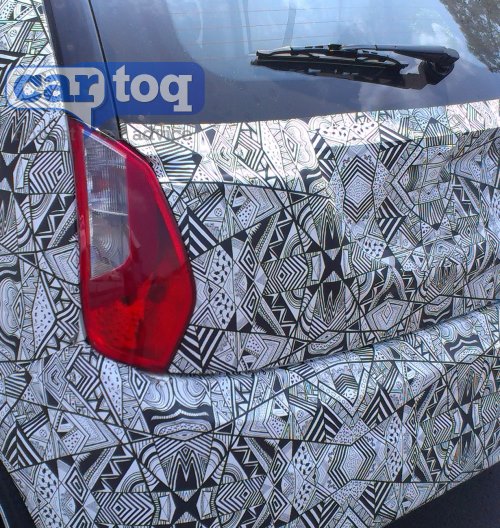 Though we aren’t sure if the Falcon will be an all-new car, there seems to be talk going around about Tata positioning the car a notch higher than the Vista. To justify it as a more premium car, it will come with features such as the projector headlamps shown above. To reduce harshness and vibration, Tata motors could use better quality sound-proofing material around the doors and the hood. Interiors are also supposed to be plusher, with better materials and finishing.

However, there is one feature that will continue making its presence felt. It is the smiling-profile of the engine grille, that has now come to be recognised as a signature of Tata Motors cars.

Engine options will include both diesel and petrol variants. The familiar 1.3 liter Fiat Multijet turbo diesel engine and the 5 speed manual gearbox will be retained. As a petrol option, we might get a new 1.2 liter turbo petrol engine derived from the older 1.2 liter XETA engine. There are speculations about the 1.4 liter CR4 engine from the Indica eV2 being offered as a choice, too.

In short, Tata Motors is probably trying to say goodbye to the problems associated with the older cars by planning to move away from them and with new names and brand identities to the substantially re-engineered vehicles (hopefully). However, the basic car appears to be the same ‘Indica Vista’ which we feel might be a big dampener! How will Tata pull it off, only time will tell..