Maruti Suzuki, India’s largest car manufacturer has so far been unsuccessful in the premium car segments. A price tag beyond 10 lakhs has never been a seller for the company.

We already have had cars like Kizashi, Grand Vitara and the ultimate failure of SX4 which has been axed. After the initial demand, the sales trickled down to a minimum. Its replacement, Ciaz is to be their saving grace in their attempt to break the jinx and snatch some significant units in the premium C segment.

Reports predict a September (ie next month) launch for the Ciaz and these new spyshots via Gaadiwaadi.com, from Maruti’s Gurgaon plant just confirm that the car has started to roll out of the production lines.

The report goes on to claim that Ciaz will be launched in seven colors: 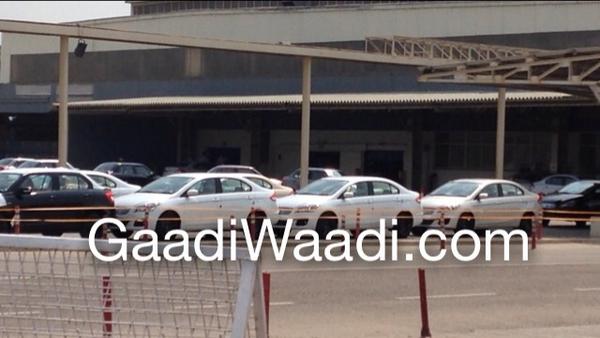 The report also claims that projector headlamps will be standard across the range and there may not be the base LDI or LXI variants on offer. Instead there will be VDI, VDI+ and ZDI (and similar petrol trims) as variants. These are clear pics of Ciaz spied totally uncamouflaged. 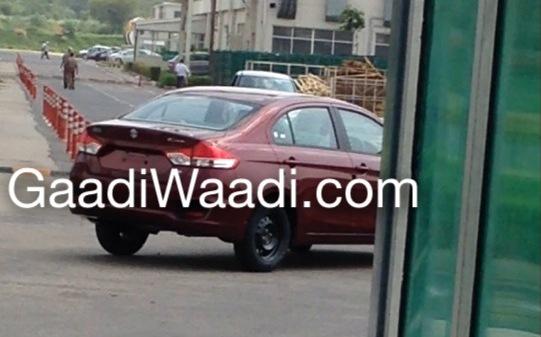 The rear end of the car seems inspired from the Honda City, its single biggest rival and the undisputed champion of the C segment sedans in India. The interiors are also rumored to be very similar to the City. Gaadiwaadi.com also claims that the company has produced more than 600 units of the car at Manesar and the launch date may be 25th September.

Maruti Ciaz will be powered by the 1.3L DDIS diesel engine as well as the 1.4L K-Series petrol motor from Ertiga. Yes, like you, we also feel that the engine options do not really appear to be very exciting at the upfront, however the overall car and its features are…