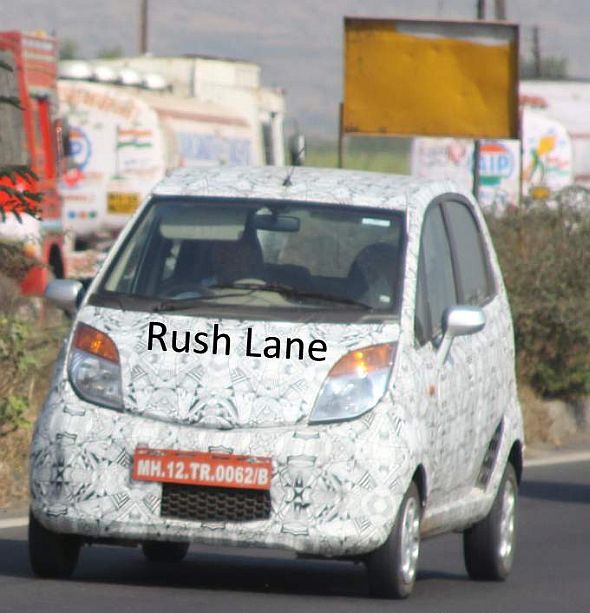 Under their Horizonext strategy, Tata Motors is working on truckloads of products, new and old, to make them better and more acceptable. And in this widespread strategy, their smallest offering Nano is also being worked upon to ensure it registers some reasonable sales.

First up, Tata is trying hard to let go the ‘cheapest car’ tag Nano has been labelled with. Next they plan to market it as a ‘smart city car’. In order to achieve this, they are working on various different directions and variants. Very recently they launched the Nano Twist with power steering and other features.

They already have the Nano diesel under tests (and has been reportedly delayed). And in an interesting development, a completely camouflaged Nano mule has been snapped by Rushlane.com at the Pune-Kolhapur road. This mule reportedly is running on a bigger petrol engine. 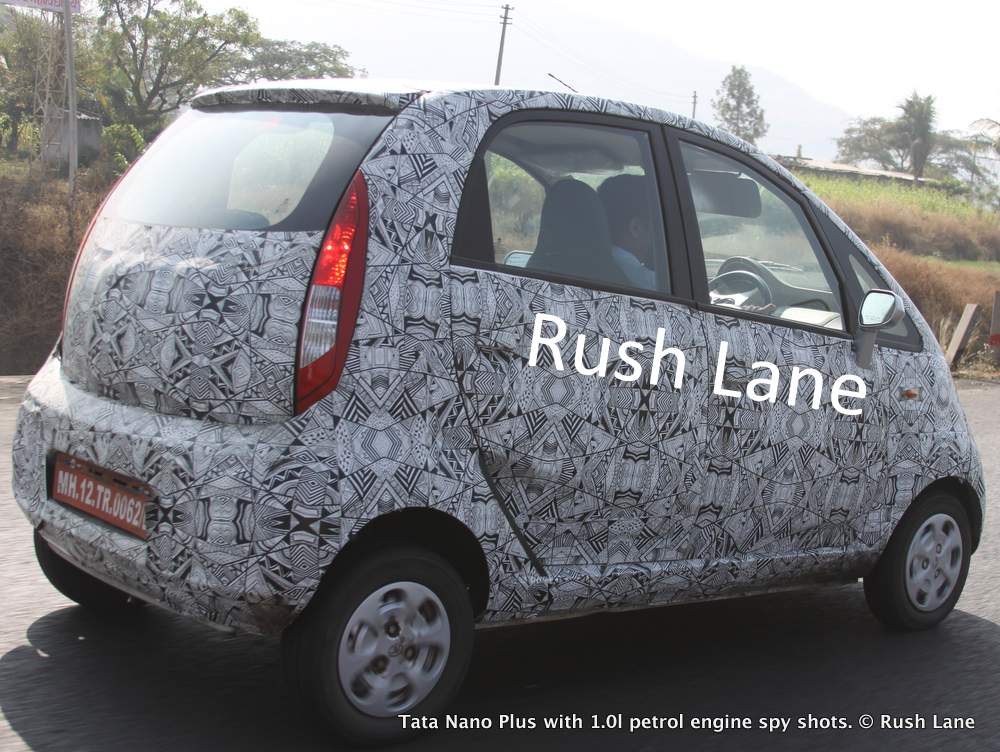 Currently, Nano is powered by a 623cc two cylinder motor. In works is a bigger 800cc engine which is a three cylinder motor. And this mule is expected to be carrying the same more powerful engine. This gets further accentuated by the fact that the spotters say that the sound of the exhaust of this Nano was very different from the regular Nano petrol. Plus the exhaust is no where to be seen. The hint is that it is not at its conventional centred position of the current Nano. 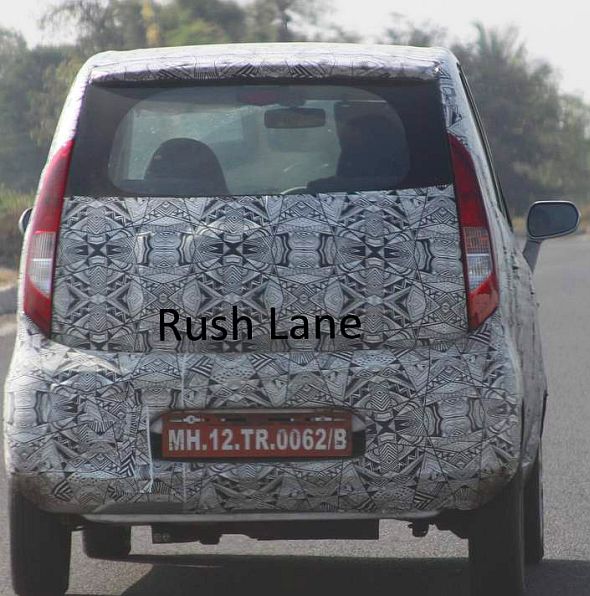 Touted to be called as Tata Nano Plus, this more powerful Nano will definitely boost the little car’s image and is expected to carry the long-awaited betterments like the openable hatch along with power steering and slightly different looks.

Also Check Out: After Twist, Tata to Launch Nano Automatic in India