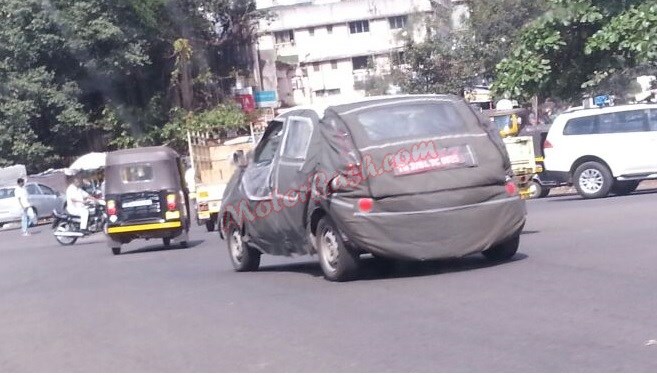 The last time one of our reader spotted it, the Vista facelift was picnicking at McDonalds and we revealed that the car will feature proper driver-side instrument panel unlike what it is now (except the D90).

Many new details have been revealed in between and according to a report, Tata is planning to replace Vista by another hatchback which is codenamed as ‘Falcon 4’. Going by that report, this is what seems to be a replacement of the ‘Vista’ and the ‘new’ Falcon 4′ shared by our reader Saurabh. Yes, yes, what appears for now is that the ‘Falcon 4’ appears to be be nothing but a re-christened Vista!

This is in a bid to get rid of the ‘old’ image and project freshness in products, philosophy etc. Nonetheless, we will call this mule as ‘Falcon 4’ till new details start pouring in. This Falcon 4 will continue with the same Fiat sourced 1.2L SAFIRE petrol motor and 1.3L Quadrajet diesel mill in both tunes 75PS and 90PS.

There will obviously be tinkerings done to these motors to make them more fuel efficient as well as lend them better driving dynamics. Considering that this Vista facelift aka Falcon 4 mule has been spotted at various places, including test tracks, rough kuchcha roads and congested city traffic, we believe Tata is comprehensively testing all the newer equipment including the engines to ensure a niggle free product when it goes on sale next year. 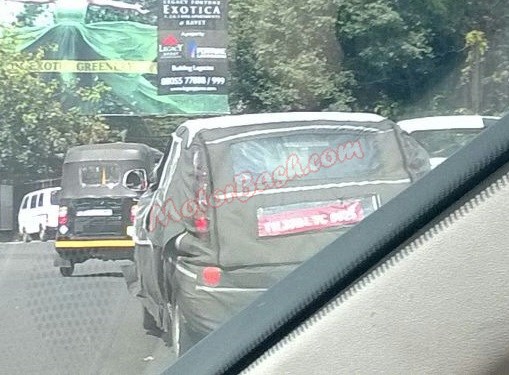 There is also a ‘Falcon 5’ which is a compact sedan (essentially what we used to call as Manza CS till now) which will borrow a lot of equipment from this smaller Falcon. Be sure that ‘Falcon’ are just internal names and final product names will be different…

With Swift facelift coming next year, All-New Figo expected to come with 1.0L EcoBoost petrol, it will be a lot which will be desired out of Tata’s new Falcons and we hope the new age Tata’s can help shed its image of niggle-prone products.