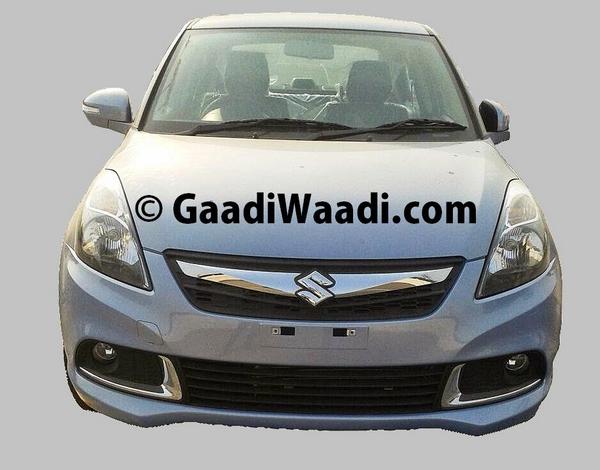 If you come to think of it, the Swift update was not a major leap as far as its design is concerned. All that it got was an elongated lower lip on the front bumper and a few other very minor niptucks. However, Maruti feels Dzire needs a more serious facelift and here it is in front of you laughing its gills out.

Here is a list of what we notice in these pics…

While spy pics of new Dzire have surfaced a few weeks back, these new pics shared by Gaadiwaadi.com gives us a sneak peak into the interiors for the first time. And like new Swift, Dzire will also come with a push button start, Bluetooth controls on the steering wheel and electrically adjustable and foldable ORVMs.

This minor mid-life facelift of Dzire will not see any change to the powertrain options and they will remain the same 1.2L K-series petrol and 1.3L DDIS diesel engines. However, what is certain is that they will be tweaked for fuel efficiency and considering the fact that there is not much of a difference in weight with Swift, new fuel efficiency figures are expected to be around the same ballparks.

The single slit chrome grille reminds us of Brio but doesn’t look good. Neither are those chrome underlined fog lamp enclosures in these pics.

The new Dzire is the ruler of the compact sedan segment and is one of the largest selling cars in the country. It would be interesting to note, what increment/decrement in sales will this new facelift bring to the car. 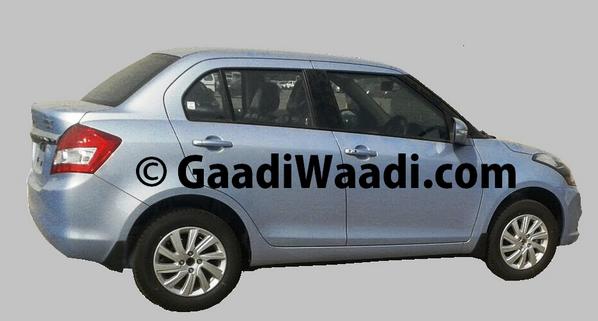 Maruti will launch the new Dzire after the new Alto K10 facelift but before the Celerio diesel. So we expect an announcement sometime between December and February.