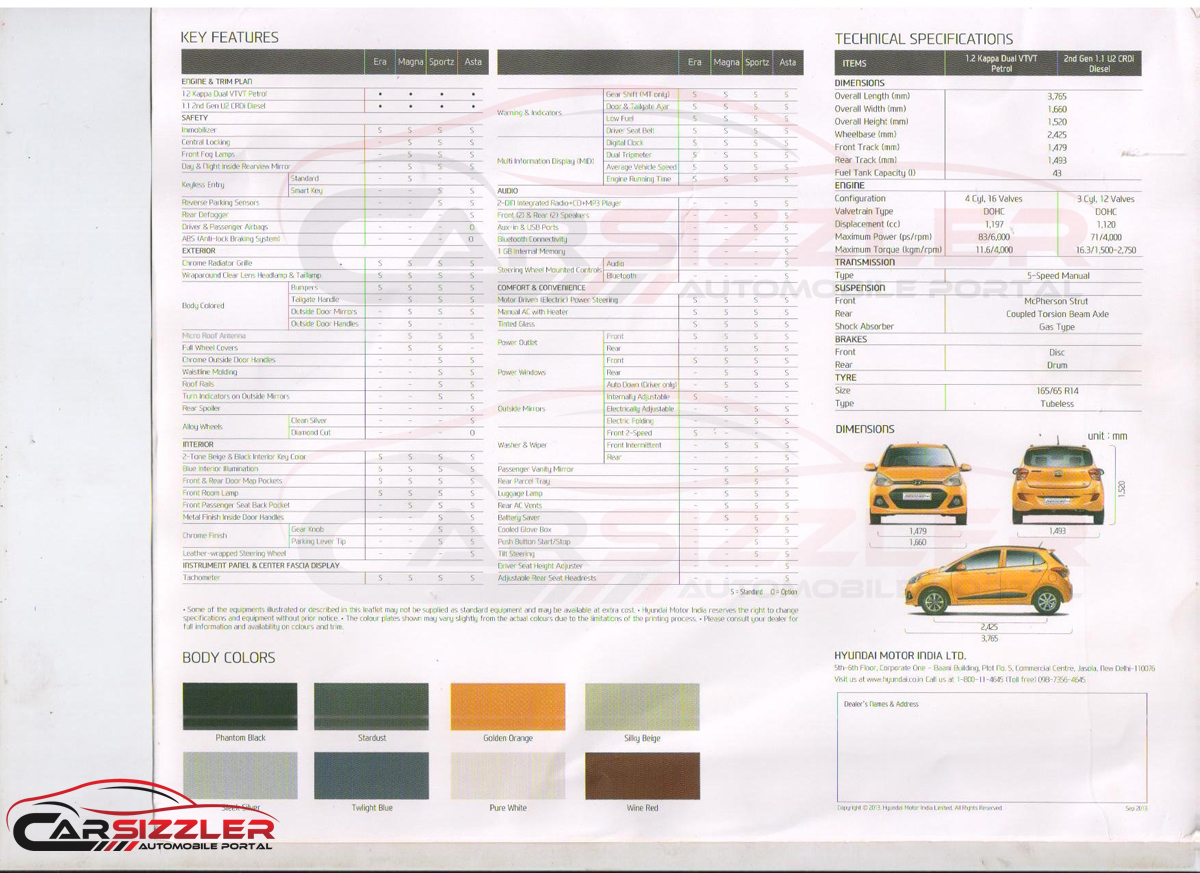 Update: Hyundai Grand i10 has been launched in India at Rs 4.29 Lakh. Click here for all details

Clearly indicated on the brochure are the two engine options for the Hyundai Grand i10 :

The biggest mystery was surrounding the official specifications of the diesel engine since Hyundai kept it as a closely guarded secret.

Here are the official specifications of the 2nd Gen 1.1L U2 CRDI Diesel engine:

Hyundai i10 vs Grand i10 Dimensions

Five variants of the Hyundai Grand i10 are also mentioned. They are :

This goes against an earlier report that the base ‘Era’ will not be present. It has been explicitly mentioned that both diesel and petrol will start from Era trim. 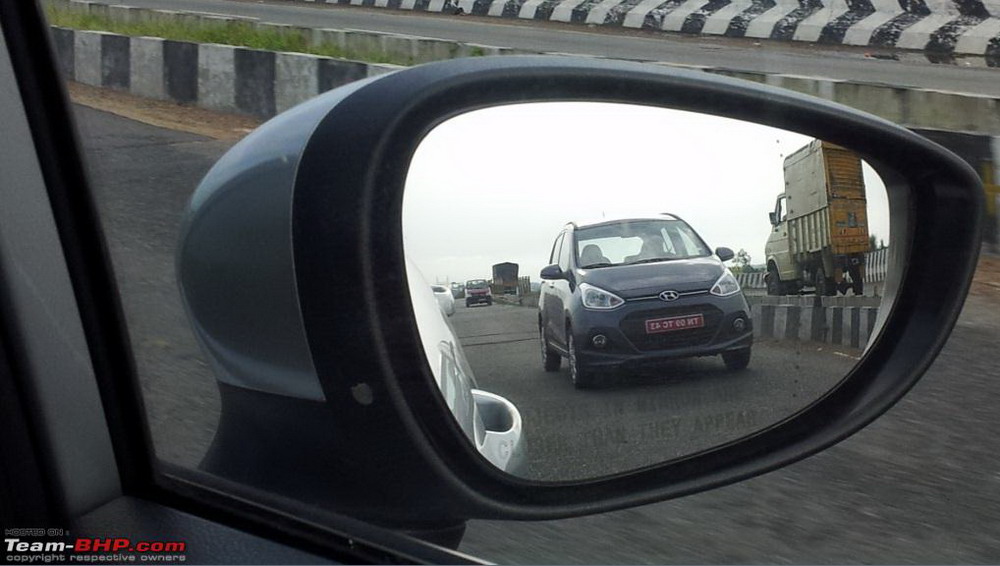 Notable features of the Grand i10: 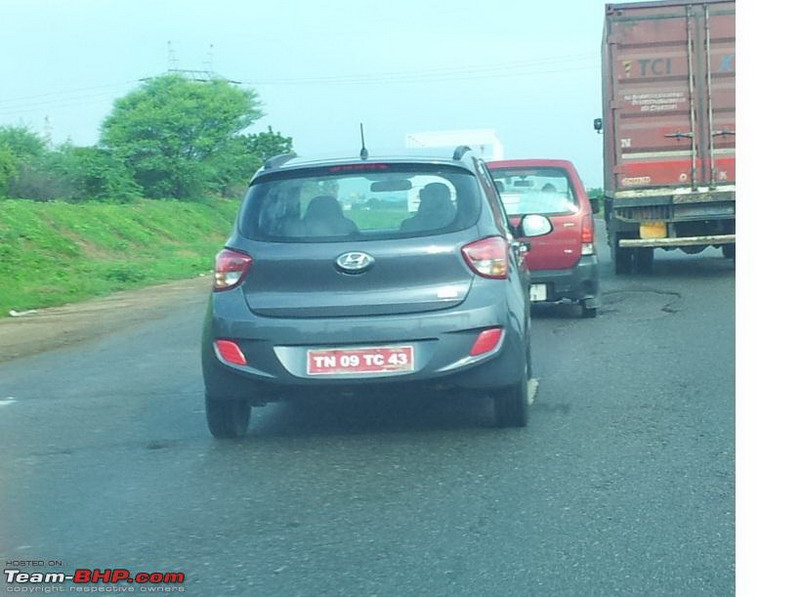 You will have an option to chose from a list of 8 color options:

That is quite an impressive feature list! However, there is no specific mention of the Hyundai Grand i10 featuring an automatic tranny. But interestingly, under Warning Indicators, Hyundai mentions Gear Shift (MT Only). This gives us a hint that Hyundai will launch it sometime later.

Grand i10 Spied on the Roads

In another development, the Hyundai Grand i10 has been spied again before its launch. The pictures you see here are courtesy MAS, a member of Team-BHP, who caught this Grand i10 on his way back from Ambur.

The Grand i10 is essentially a beefed-up version of the Hyundai i10. It would suit those who are looking for more space and comfort as compared to an i10, however aren’t eager to go for the i20. The availability of a Hyundai’s smallest diesel option further increases the prospects. The Hyundai Grand i10 will be launched on the 3rd of September.

Join us then for a detailed coverage from the launch venue…

Check Our Coverage of Hyundai Grand i10